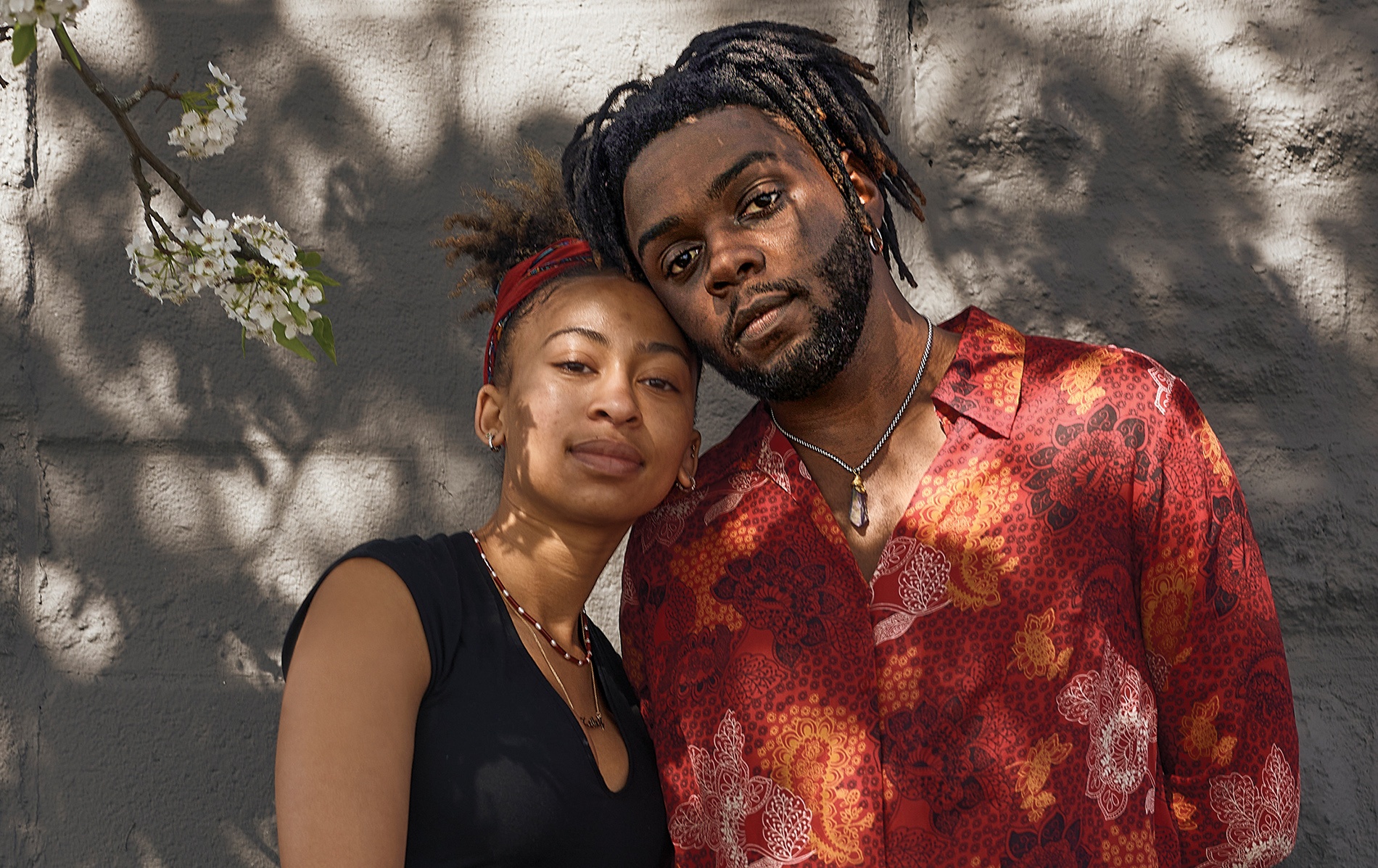 For more than a year, Amiri Nash ’24 pored over archives of old student newspapers to read stories of students who passed through the Van Wickle Gates before he did—but he struggled to find depictions of Black life on campus. “I thought of just how much newspapers serve as primary sources because I also do writing myself,” explains Nash, who has written for the likes of  Out, Teen Vogue, and Washingtonian and was the 2021 D.C. Youth Poet Laureate. The English concentrator (“pre-law,” he says) made the 2021 GLAAD 20 Under 20 list for his social justice activism.

So Nash decided to carve out a space to share the experiences of Black students at Brown. In October, he reached out to Keiley Thompson ’24 with the idea for a new newspaper dedicated to Black students at Brown. The pair had first connected the summer before their freshman year at Brown when Nash wrote an article for Maythid, a blog Thompson created during the height of the Black Lives Matter protests. Together, the two sophomores cofounded, and became the coeditors of, the first Black student newspaper on campus: the Black Star Journal.

Their first editorial explains that the newspaper will “showcase the numerous aspects of Blackness that make our community who we are.”

Nash and Thompson started to recruit staff members in November.

“After our first all-staff meeting, people stayed and talked for 30 minutes because they were just so excited,” Nash says. “You could feel the excitement buzzing in the air.”

Society and news staff writer Aicha Sama ’24 says she appreciates the safe space the Black Star Journal offers Black students. “It can just be harder for Black people to open up in environments that are a little more hostile or just not very welcoming to Black voices,” Sama says. “The newspaper provides a place where it’s all Black people. There’s no fear.”

The 20-page inaugural issue was released in print in February, a mix of traditional news, commentary, recipes, poems, even astrological charts. Colorful graphics complement each piece. Black Star Journal staff aim to release a new issue each month, both in print and online at blackstarjournal.com.

To celebrate the launch, the newspaper hosted a gala in Barus and Holley. It was catered by a Black-owned local business, Sarcastic Sweets.

The Black Star Journal draws inspiration from Black publications that existed on campus in the past (though not in a conventional newspaper format): The African Sun, Uwezo, and Obsidian.

“We want to pay homage to [previous Black publications] because we wouldn’t be able to do it without them and the building blocks that they laid down,” says Nash.

When the coeditors spoke to the BAM this spring, they were getting ready to launch a new section of the newspaper dedicated to the accomplishments of Black alums. “We want it to be about life on campus and also life after Brown,” Thompson says. “A big question is what comes after this and what the possibilities are.”

Black alumni and students have taken note. Society and news section editor Kimberly Collins ’22, a former reporter for Obsidian, says she has been excited about the level of support the paper has garnered. “Because Black Star Journal has so many people who are interested and involved, I think that really allows us to keep going and keep it up,” she says. “There’s a lot of energy amongst underclassmen.”

For Nash and Thompson, this is just the beginning. “We want the paper to outlive our time at Brown by many, many years,” says Nash, “because so many Black students have told us how helpful it’s been for them to be able to read it. Being able to write for it has also been so healing for so many people involved.”

Reader Responses to A Star Is Born

This is so cool! The Boston Globe ran a nice article on [the Black Star Journal, a new Black student and alumni newspaper]. I’d like to know how to subscribe and support this important work. Great photo of the founders! I wish them every success.