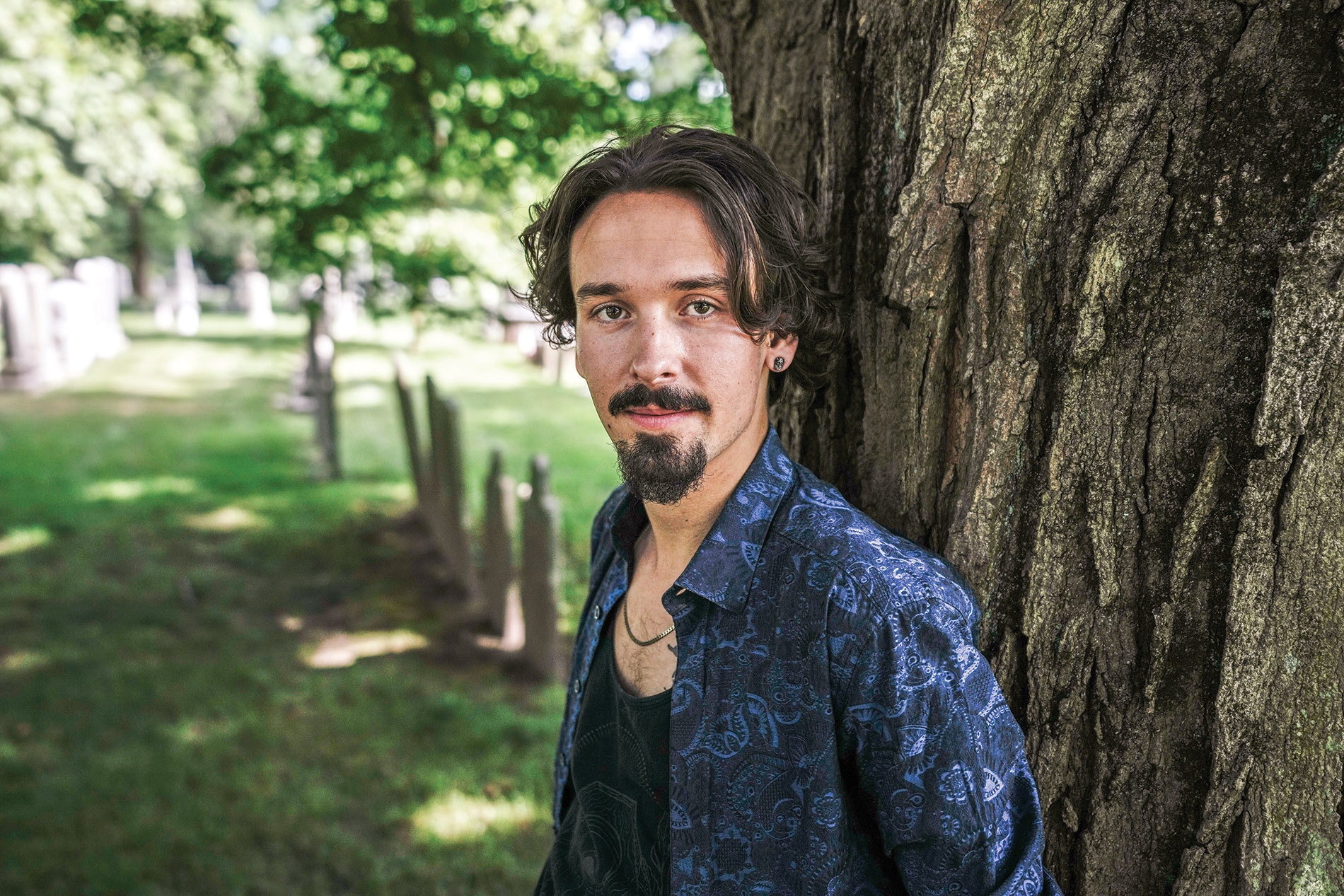 My freshman year COVID happened, then I took a gap year. I came back summer of 2021 and was feeling, like, really disconnected from Providence. So I reached out to a friend who’s lived in Providence his whole life and was like, “What should I do? Where can I go?” And he recommended Swan Point Cemetery, which I thought was a little strange.

I think walking through these places, you get a sense that there’re a lot of emotions attached to death, as there are attached to life or to any other part of the human experience. The kinds of feelings I can access at the cemetery are intense and exciting and somber. They cover a wide gamut. I’ve gone on dates in this cemetery before.

I highly recommend going there. It’s basically like this beautiful, lovely park, except because it’s a cemetery, no one goes. As I was walking around there, I saw a whole bunch of names that looked kind of familiar. I saw Sayles and Olney, Perkins, Littlefield, Metcalf, and I was like, “Wait a second, I know these names. This is Brown!”

It’s a place for dead people, but it’s very much alive, and being able to walk around this space and engage with that history was really fascinating and curious. I went back to Swan Point over and over again, and one of the lovely things about cemeteries is they’re so big and so full of stories that each time I feel like I’m discovering something new. It’s like trying to figure out someone’s story from the end point of their life.

Death isn’t something we really engage with. People have been dying for a pretty long time, that’s nothing new, but it is kind of new this way that we sort of have turned death into a taboo. We don’t talk about death. We don’t talk about people dying. They die in their hospital beds far away from everywhere else. It’s a medicalized thing. I’m someone that thinks that death is not something we should be quite as uptight about.

I feel much more open now. And I think a big part of that is because I spend enough time just being reminded that, at the end of the day, I can have a funny tombstone or I can have a sad one, but I’m gonna have a tombstone either way. Death is... sure it’s final, but like, there’s also a kind of everlastingness to it.

Reader Responses to Walking Through Cemeteries