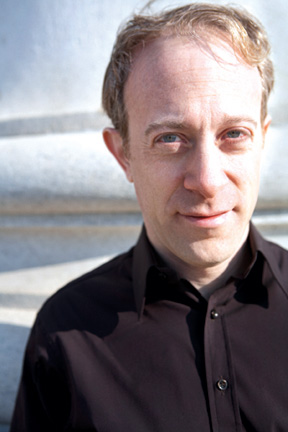 In February 1937, a week after President Franklin D. Roosevelt called upon Congress to approve a measure that would have enabled him to name six additional justices to the U.S. Supreme Court, Path√© News distributed its weekly reel to movie theaters throughout the nation. "Roosevelt's plan," the narrator proclaimed, had created the "greatest public issue since slavery."

Few of the public officials who fought over Roosevelt's "court-packing" plan during the next six months would have quarreled with this judgment. The issue not only dominated the news; it also consumed Congress, which talked about little else. The controversy, after all, featured a fundamental constitutional issue: whether the Court or Congress and the president had the "Supreme Power" in the United States. Many opponents of the proposal charged that FDR, like Hitler, aspired to become a dictator. One senator blasted the president's plan as conceived in "haste and hate." Another denounced it as the "prelude to tyranny."

Advocates of the plan, however, raged at the conservative justices who had successfully challenged the constitutionality of New Deal legislation between 1934 and 1936. If the "Nine Old Men" continued their ideological assaults, they would likely overturn the National Labor Relations Act and the Social Security Act in 1937. Harold Ickes, FDR's liberal Secretary of the Interior, damned the most conservative justices—James McReynolds, Willis Van Devanter, Pierce Butler, and George Sutherland—as the "hard-boiled four." George Creel, a liberal journalist, added, "These people themselves have no sense of propriety or even of common decency....This is no longer an argument. It is a struggle to the death."

Roosevelt, who enjoyed enormous partisan majorities on Capitol Hill in 1937, seemed certain to prevail. But he badly mismanaged the fight. Keeping loyal congressional leaders in the dark, he sprang the proposal upon them as a complete surprise. Instead of emphasizing his true ideological goal—to create a liberal majority on the Court—he claimed unconvincingly that the justices were behind in their work and that additional judges would hasten decision-making. The president also underestimated the reverence with which many Americans appeared to view the Court. Well-financed lobbies, attacking the plan, lent still more support to FDR's enemies.

For all these reasons—and because FDR, embittered, refused to compromise—he lost the battle. Congress defeated the plan. In so doing, it proved that it could safely challenge him: thereafter, a conservative coalition successfully opposed many of his domestic initiatives.

But FDR won the war itself. Moderates on the Court—Owen Roberts and Chief Justice Charles Evans Hughes (Brown class of 1881)—performed a "switch in time that saved nine" that affirmed the constitutionality of the labor and social security acts, each by a vote of 5 to 4. Van Devanter's retirement allowed FDR to name Senator Hugo Black, a strong liberal, in his place. Over the next few years other conservatives left the Court, enabling the president to appoint liberals in their place. A constitutional revolution had taken place.

Jeff Shesol tells this story beautifully. (Disclosure: I served as adviser for his honors thesis, which he turned into an important book, Mutual Contempt, about the enmity between Lyndon Johnson and Robert Kennedy). A gifted writer, Shesol offers memorable descriptions of the key players, including not only the nine justices but also a host of senators, constitutional scholars, and White House aides (among them Thomas Corcoran, an administration insider who had earned his bachelor's and master's degrees from Brown in 1922).

Shesol has dug deeply into personal papers of FDR, the justices, and many others. He writes with special clarity about complicated constitutional issues, and he never loses sight of the big question: Should the Court, or Congress (and the presidency) be the Supreme Power? While he clearly sides with the New Dealers, he pays fair-minded attention to the ideas of their opponents. His book is a marvelous contribution to our understanding of one of the most exciting political-constitutional struggles in modern U.S. history—one that remains relevant today.