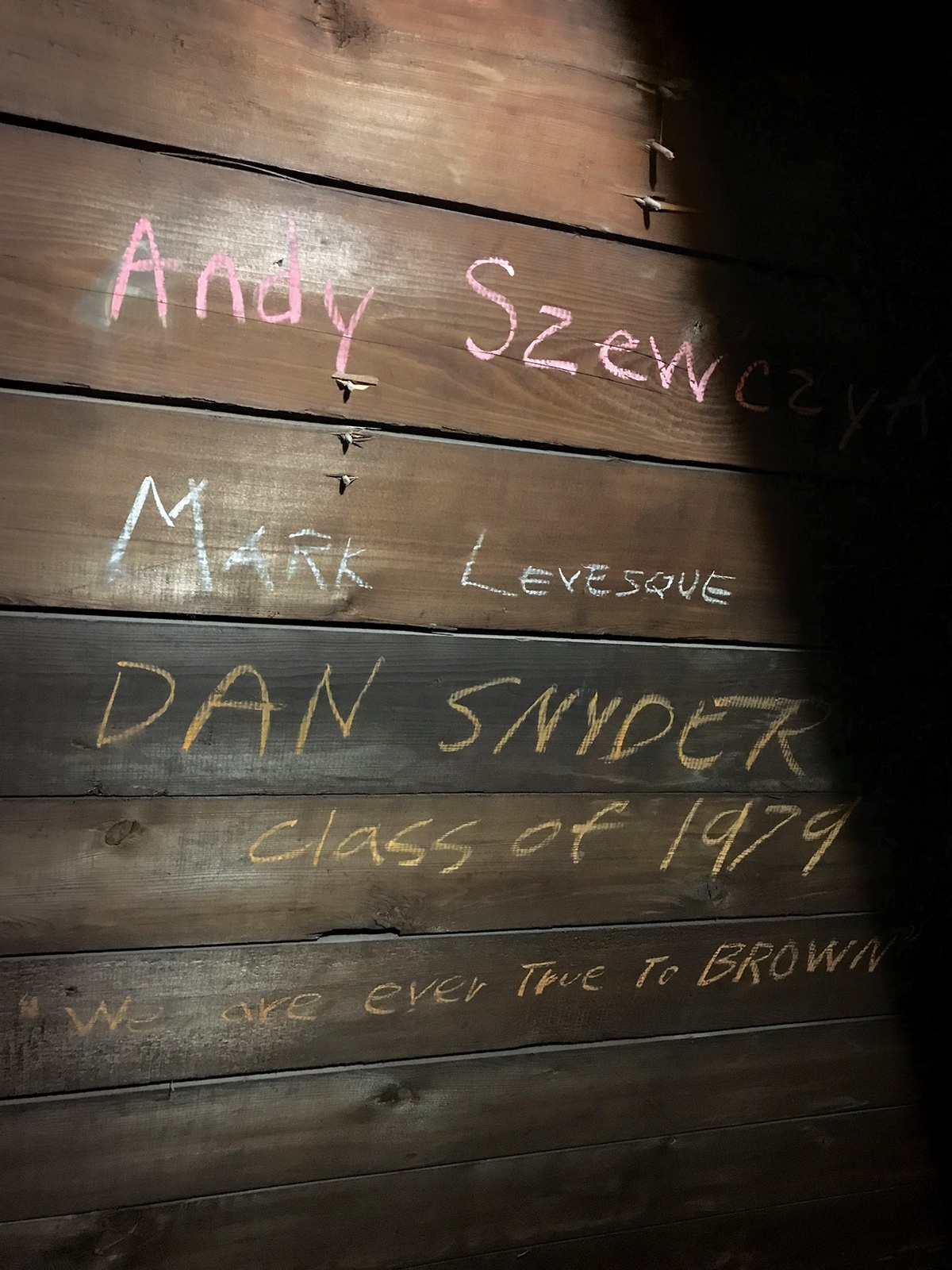 Senior administrator Russell Carey ’91 was touring Wilson Hall, currently under renovation, when he spotted this graffiti in the eaves. Geology concentrator Dan Snyder ’79 fessed up: He had a key to the basement, and he and pals Mark Levesque ’79 and Andy Szewczyk ’79 did some after-hours exploring, discovering a door to the attic. Dan’s key didn’t fit. But a kitchen knife did the trick. The men found a stash of porn, which they moved. “That was our downfall,” says Snyder. They’d planned to put a silhouette of Mickey Mouse in the backlit Wilson clock, visible from the green, for Campus Dance. But the magazine owner was on to them; the knife no longer cut it.