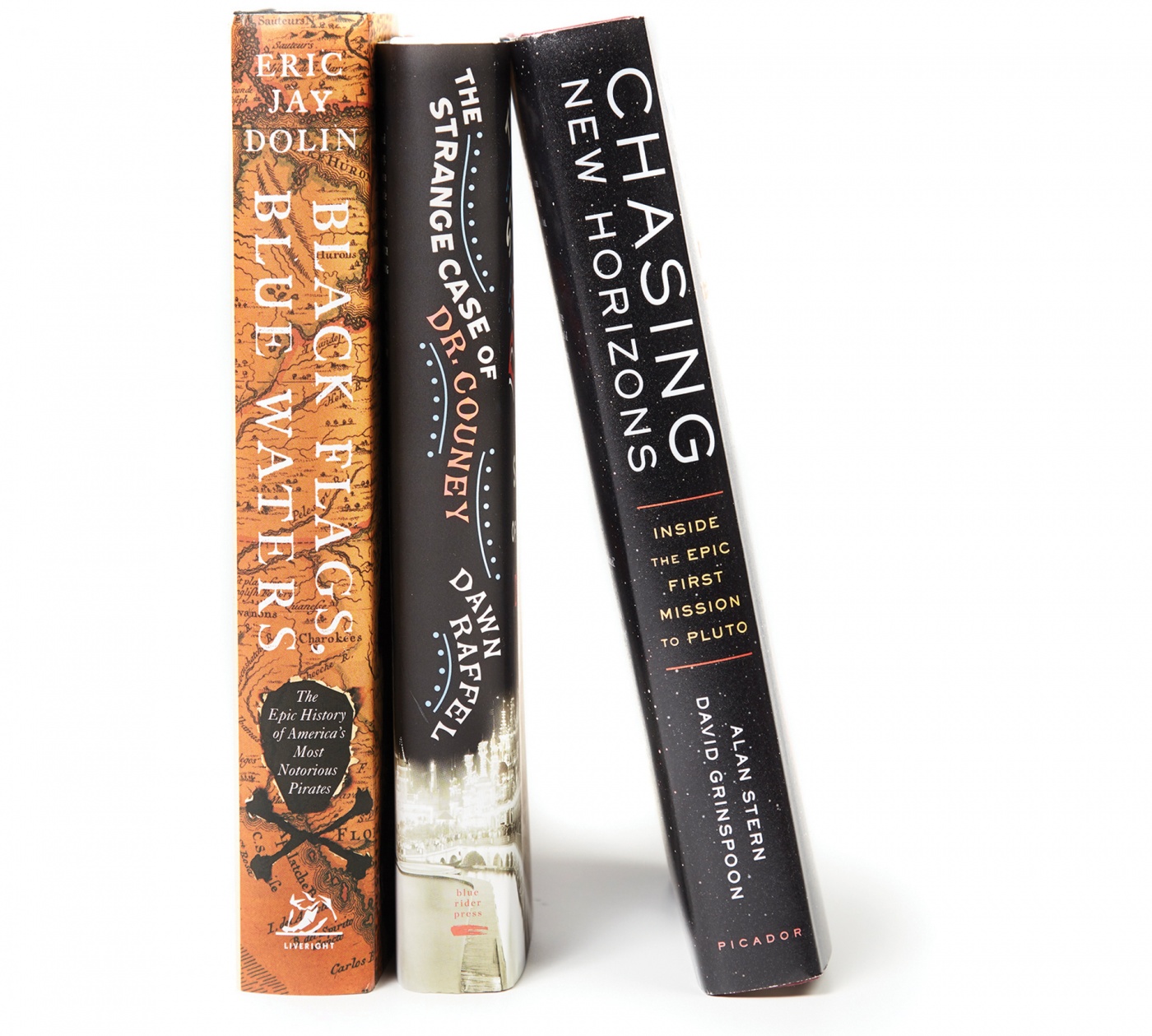 You've probably heard of Captain Kidd, but not Stede Bonnet, a Barbados plantation owner who in 1717 decided to abandon his family, build a 60-ton sloop, and go marauding. The golden age of pirates in the West ran from 1650 to 1720, and here Dolin zeroes in on pirates operating out of colonies and plundering the Atlantic coast. Things could be confusing, as there was an often porous line between a privateer, a captain with a "letter of marque" legally allowed to capture enemy ships, and an ordinary pirate. A cinematic look at an intriguing time.

In 1897, Dr. Martin Couney launched an incubator exhibit—with actual premature babies in incubators—for Queen Victoria's Diamond Jubilee in London. It was a hit, and Couney soon immigrated to the United States, where he set up similar exhibitions at amusement parks and World's Fairs. As late as 1943, you could have visited his sideshow in Coney Island. By the 1950s, just after Couney's death, incubators—which were developed in Europe in the 1880s, but rarely adopted by hospitals—finally became common in maternity wards. With a vast cast of characters and a lively narrative that jumps through time and place, this is history that reads like a novel.

This is the story of New Horizons, NASA's 1,000-pound spacecraft that traveled three billion miles across the solar system for the first-ever flyby of Pluto in 2015. In an often riveting account, Stern, who led the mission, and Grinspoon, an astrobiologist, track the genesis of the idea, the decades-long trek to corral support for the project, the spacecraft's nine-year flight, and the frightening moment just days before the flyby when mission control in Maryland lost contact with the ship. The book also contains numerous color photographs of icy Pluto.

Notes from the Fog: Stories by Ben Marcus ’91 MFA (Knopf)

The Schoolhouse Gate: Public Education, the Supreme Court, and the Battle for the American Mind by Justin Driver ’97 (Pantheon)

The Only Girl: My Life and Times on the Masthead of Rolling Stone by Robin Green ’67 (Little, Brown)

Palaces for the People: How Social Infrastructure Can Help Fight Inequality, Polarization, and the Decline of Civic Life by Eric Klinenberg ’93 (Crown)

What Your ADHD Child Wishes You Knew: Working Together to Empower Kids for Success in School and Life by Sharon Saline ’85 (TarcherPerigee)

The Bordeaux Kitchen: An Immersion into French Food and Wine, Inspired by Ancestral Traditions by Tania Teschke ’93 (Primal Nutrition)

Faculty Nonfiction
The Oath and the Office: A Guide to the Constitution for Future Presidents by Corey Brettschneider (W. W. Norton)

Health Care Revolt: How to Organize, Build a Health Care System, and Resuscitate Democracy―All at the Same Time by Michael Fine (PM)

Identity Crisis: The 2016 Presidential Campaign and the Battle for the Meaning of America by John Sides, Michael Tesler, and Lynn Vavreck (Princeton)

Faculty Poetry
Be With by Forrest Gander (New Directions)