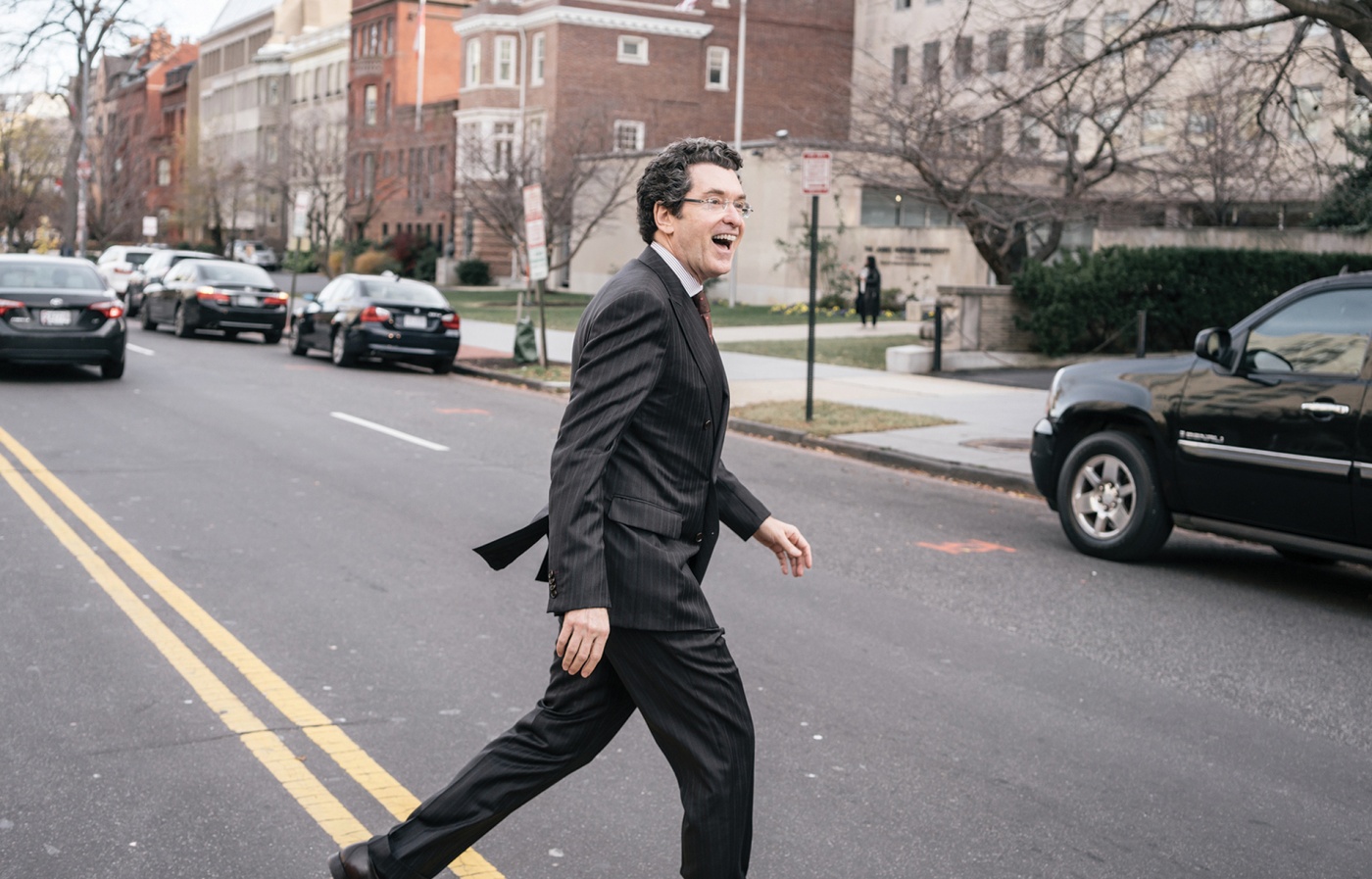 Eisen in Washington, D.C., near the Brookings Institution, where he is a senior fellow.Photo: Greg Kahn

CNN political commentator Norman Eisen ’85, President Barack Obama’s former ethics czar, served as U.S. Ambassador to the Czech Republic from 2011 to 2014. There he became fascinated by the ambassadorial residence in Prague, a 1920s villa built by the Jewish coal baron Otto Petschek. The result is The Last Palace, a nonfiction narrative interweaving the story of Eisen’s mother, a Czech Jew who survived Auschwitz, with that of Petschek and three of the villa’s subsequent inhabitants.

Eisen, who is also cofounder and chair of Citizens for Responsibility and Ethics in Washington and a senior fellow at the Brookings Institution, talked to the BAM about how he came to write the book, his first.

How did you hit on the book’s structure? I started to write a more abstract book about the themes of the century. But I was much more interested in these lives: the optimistic Jewish Czechoslovak builder of the house, building it as a tribute to Wilsonian democracy after World War I; the complicated German general [Rudolf Toussaint], complicit but also struggling with that complicity and redeeming himself at the end of World War II; the American ambassador [Laurence Steinhardt] who fell in love with the house and tried to prevent the Cold War from there; and his successor, 40 years later, ambassador Shirley Temple Black, the former movie star who helped end the Cold War. What surprised me is that the concepts did come out through their stories.

The initial spur was your discovery of a swastika on an inventory label under a table? Yes, it really made me determined to understand what had happened in that house. As the child of a Holocaust survivor, the way I process shock and the weight of history is through learning. That’s one of the most important takeaways of my Brown education and the lifelong learning that Brown suited me to do.

Brown was a pivot point in my life as an American. I came to Brown from a working-class family in South Los Angeles, my parents having operated a hamburger stand. And I was a fish out of water. I had never seen a brie cheese. I thought, “My God, what is going on here? The people are eating this cheese complete with the wrapper!” My teachers and my friends exposed me to the wider world, in which I then felt at home.

What were some of the challenges of writing The Last Palace? The first challenge was a structural one. When we were auctioning the book off, one of the editors said, “I will only bid on this book if you organize the stories of the others by telling the story of your Czechoslovak Jewish mother and her journey through the same events.” And she won the bid! So I had to do what she said. That was an organizational breakthrough. I had to get into the personal archives of four very private families and a fifth, my own, and I had no guarantee that they would let me in. That willingness to boldly leap forward not knowing exactly how you’ll land is, of course, something that Brown encourages.

What are the lessons of Czechoslovakia’s complicated 20th-century history? The lesson for every democracy is not to be complacent. Existential challenges will arise. Democracy is stronger than its adversaries. If you fight ferociously, you’ll always win. The only question is how long will the night of democracy be?