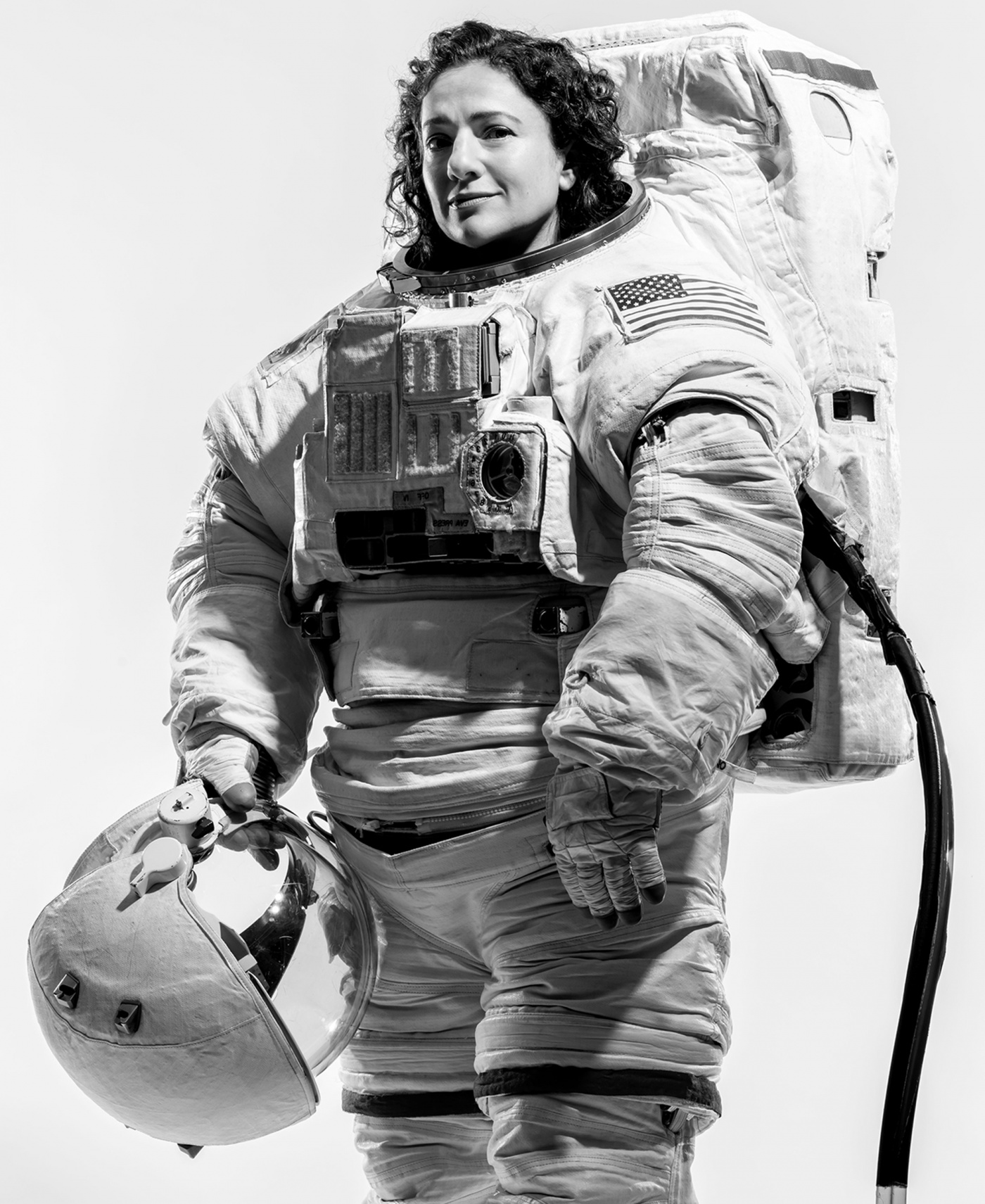 After dreaming of being an astronaut since she was a child, Jessica Meir ’99 will take her first flight into space September 25, blasting up to the International Space Station, where she’ll stay for six months orbiting Earth. She’ll be joined on the flight from the Baikonur Cosmodrome in Kazakhstan by Roscosmos cosmonaut Oleg Skripochka and a Roscosmos “spaceflight participant,” Hazzaa Ali Almansoori of the United Arab Emirates. Meir was selected as a NASA astronaut in 2013 and has been training for her first mission since January 2018, learning Russian and shuttling between Houston’s Johnson Space Center and a training center in Star City, Russia. Armed with a degree in biology from Brown, a master’s in space studies from International Space University, and a PhD in marine biology from Scripps Institution of Oceanography, Meir has long studied animals in extreme environments, such as emperor penguins in the Antarctic. While on the space station, she’ll conduct experiments such as measuring the effects of microgravity on the human body, and hopes to take a space walk.