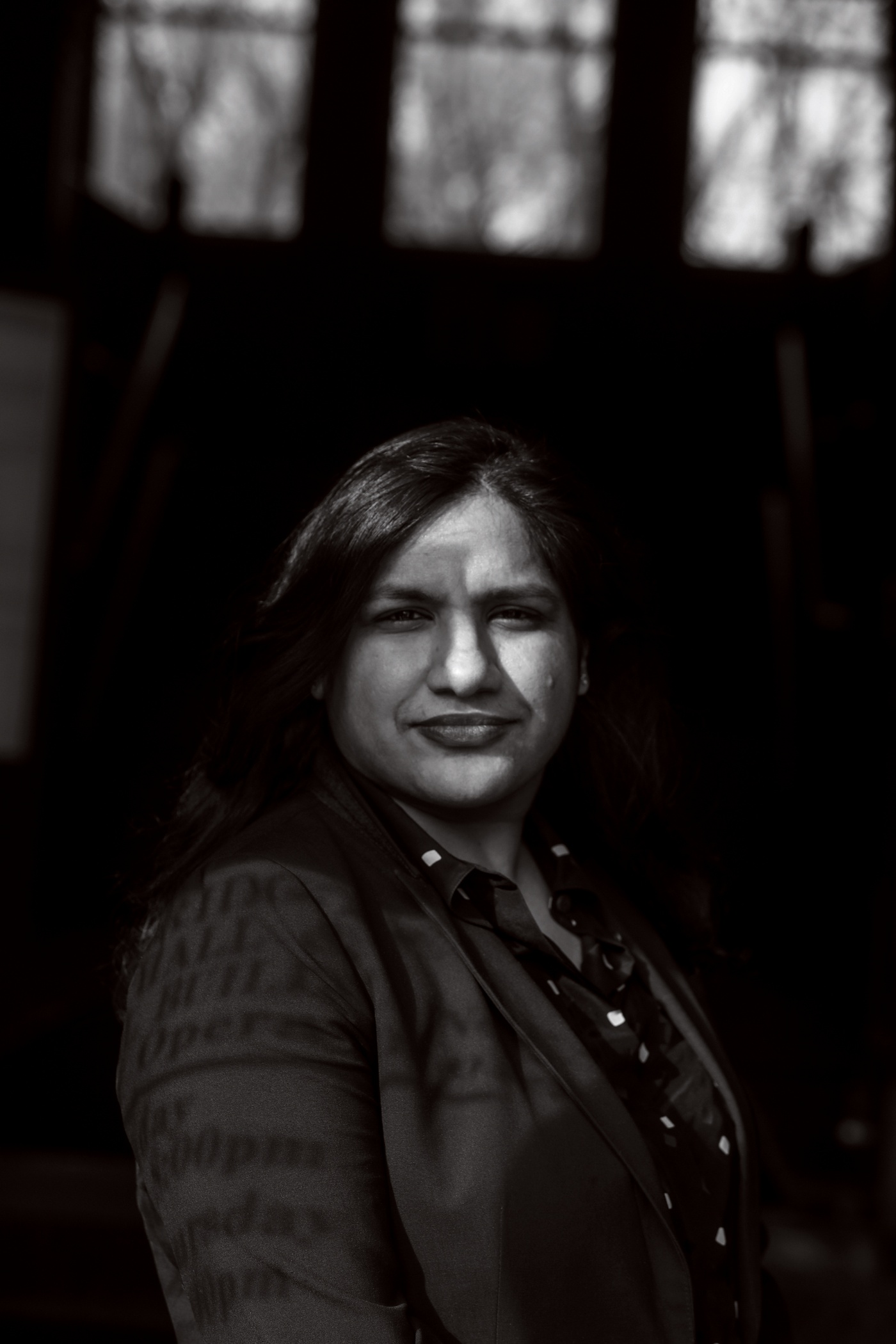 After Sumbul Siddiqui ’10 became the mayor of Cambridge earlier this year, she made sure to give back to the community that shaped her. The daughter of two Pakistani immigrants, Siddiqui arrived in Cambridge at age two. While both her parents had college degrees from universities in India and Pakistan, in the U.S. they had to find work at grocery stores and the local Neiman Marcus outlet.

“We struggled, but fortunately had access to affordable housing,” says Siddiqui, who grew up in the Rindge and Roosevelt public housing projects. Now, with Cambridge home prices rising drastically, the city is becoming less and less affordable for low-income families.

As the first Muslim mayor of Cambridge (and at 32 the youngest person ever elected to run the city), Siddiqui is now in a position to do something about that. With Rindge Towers set to lose its affordable housing rent restrictions later this year—putting more than 500 tenants at risk of displacement—Siddiqui made it a priority to step in, urging the city to negotiate with the owner of the building. In early March, the city council voted to allocate $15 million—part of more than $40 million the city has set aside to preserve the affordability of Rindge—to ensure rents there will stay low for the next fifty years.

“The people who are in those buildings, they know that I am fighting for them,” Siddiqui says. “It’s a huge interest of mine to make sure that nothing is going to happen to these homes.”

This situation is bringing us all together, and that is the brightest silver lining to all of this right now.

Since she was a teenager, Siddiqui has been passionate about being politically active in her city. While in high school, she cofounded the Cambridge Youth Council to offer students a platform to push for policy changes, which brought her to the floor of the city council to advocate for lowering the voting age.

“I thought, one day I’d love to come back and do this, and here I am,” she says. “I want more and more people to not think that if you are growing up in affordable housing, you will not be able to be successful. The narrative is that you are not supposed to achieve, not supposed to go to law school and be successful, and I’ve been able to.”

At Brown, Siddiqui concentrated in public policy and helped coordinate a district-wide student government for Providence high school students, earning the prestigious Joslin Award for leadership and campus involvement. She then went on to earn a law degree from Northwestern before being elected to the Cambridge  city council in 2018.

Of course, Siddiqui faced the greatest challenge of her newly-begun mayoral career with the onset of the COVID-19 outbreak. She quickly established a Mayor’s Disaster Relief Fund, providing emergency assistance to the most vulnerable individuals and families, in part through donations solicited from the community.

“What keeps me going is knowing that we are making a difference in people’s lives each day as they try to navigate life during this pandemic,” Siddiqui says. “This situation is bringing us all together, and that is the brightest silver lining to all of this right now.”