Buried Knowledge
“Undone science” refers to data that have been ignored while other research gets done. Partly in the name of racial justice, some Brown folks are working to bring that information to light. 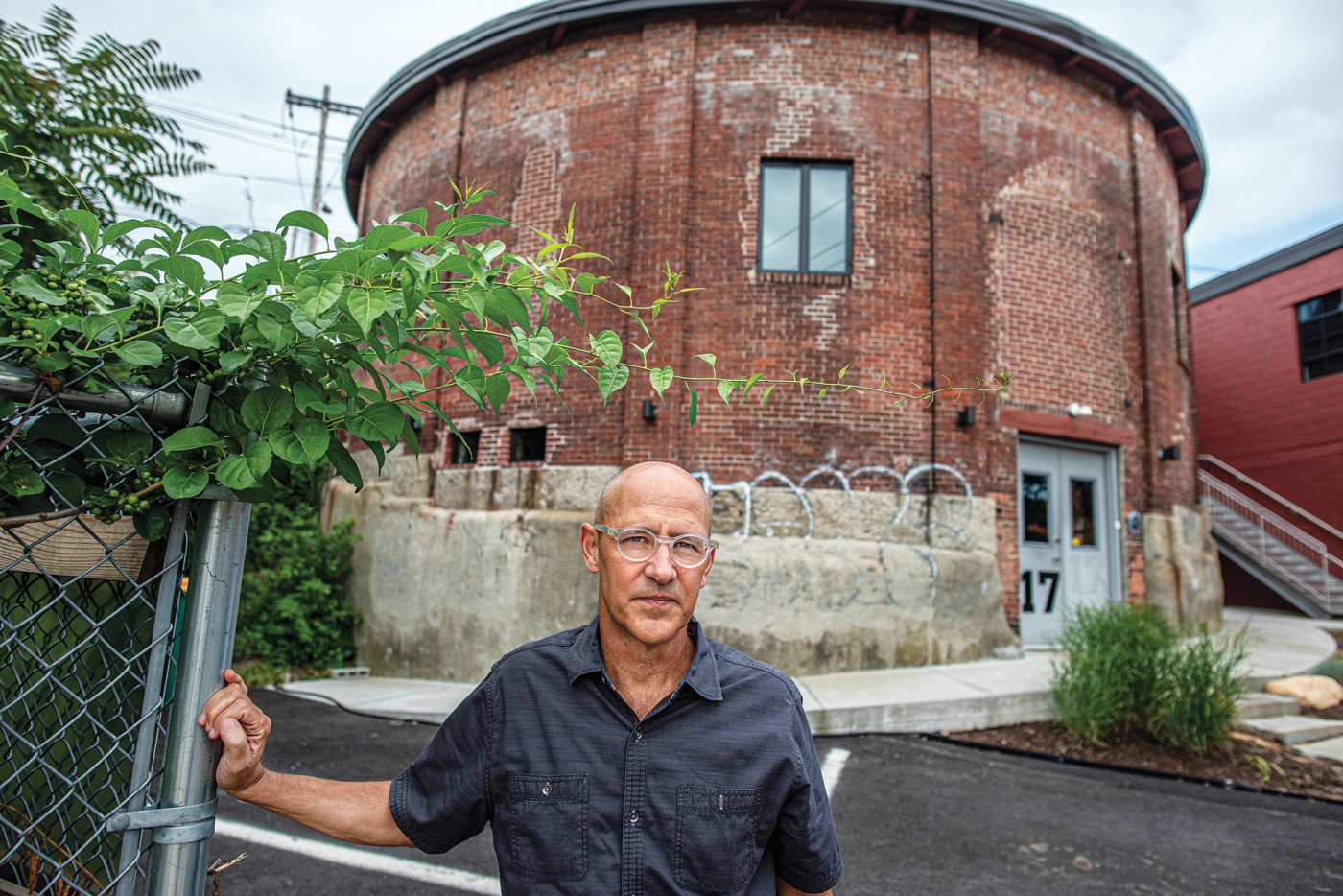 Like many postindustrial states, Rhode Island—and especially Providence—is rich with the ghosts of former factories, dry cleaners, gas stations, and other sites that may contain toxic chemicals. Although the EPA lists about 400, a recent project at Brown called Unearthing Providence identified more than 12,000, doing so by running ancient, arcane city directories through a new computer program that spits out detailed information about dead businesses including their GPS location, street address, industrial category, and number of employees.

Many are in South Providence, now the home of low-income Latinx communities that already suffer higher- than-normal asthma rates due to the proximity of I-95 and emissions from the Port of Providence. (Providence is hardly the only city where toxic areas are home to those who are poor and/or of color.) It’s also a low-lying district that, due to climate change, is prone to flooding, which could migrate toxic chemicals—both active and long-buried—to other parts of town.

Unearthing Providence echoes earlier work that Professor Frickel did while
a graduate student at Tulane. That study found that, after Hurricane Katrina, the EPA took soil samples from only a very small percentage of New Orleans areas—including those already known to be contaminated—before declaring the city safe for redevelopment. The work morphed into his 2018 book Sites Unseen, written with James R. Elliot, a sociology professor at Rice University. Winner of the 2020 Robert E. Park Award from the American Sociological Association, it unveils previously buried chemical hotspots in not only New Orleans but also Philadelphia, Minneapolis, and Portland, Oregon. It shows where housing and parks have been built on top of toxic spots, affecting low-income communities and communities of color but, in part due to rapid gentrification, middle- to upper-income and white communities as well.

All that is according to Unearthing Providence co-creator (with grad student Thomas Marlow ‘16 AM, ‘19 PhD) Scott Frickel, Brown professor of sociology and part of the school’s Institute for the Study of Environment and Society. He’s among those who study what’s called undone science—data troves that have been ignored, either because powerful interests want them suppressed (think Silkwood or Erin Brockovich) or simply because they did not present an immediate benefit to government or industry, even if they could benefit communities.

“Undone science is an effort to pull back the curtain on how science, as a system of institutions, produces knowledge about the world,” says Frickel. “For every topic that science shines a light on, others remain in the dark, and the reason for that is often political.”

Modern science knows much about the effects of radiation on people, “but there are yawning gaps in our understanding of what chemicals are doing to people and other living organisms,” Frickel says. His project has been helping Rhode Island Department of Health officials with water testing on sites they otherwise would not have known about. Frickel says the underreporting isn’t necessarily sinister: “This is how regulatory science operates. It’s expedient. The EPA has limited time and money.” Plus, in the case of disasters like Hurricane Katrina in New Orleans, “there was huge political pressure for the EPA to say, ‘Hey, everything’s okay, people should come back.’” When they did, he adds, many industrial areas were rezoned for residential use.

Frickel hopes that his computer program for reading old directories can ultimately help all states discover formerly forgotten sites of potential contamination, adding that he has a grant proposal in with colleagues at the University of Delaware to do similar work there.“It’s possible we could do the whole country. But it would be a massive undertaking that I doubt the National Science Foundation would fund,” Frickel says. Yet, he adds, “the consequences of undone science on minority and underserved populations have become more visible in the context of COVID-related health disparities, as we are now seeing disproportionate rates of disease occurrence and mortality in many communities where toxic waste has been present.”

Fighting for the facts

More “undone science” has been tackled by Brown anthropology and international studies professor Catherine Lutz, who since the 1970s has been studying the U.S. territory of Guam in the Western Pacific. The island, home to the indigenous Chamorro people, has for decades been the site of massive amounts of industrial and chemical dumping by U.S. military bases. “They actually bulldozed aircraft and big drums of chemicals off the edge of a cliff and a whole swath of hillside had to be excavated and cleaned up,” she says, adding that it was no accident that the military did this in an area populated by people whom “the military sees as racially ‘othered’—inferior, really.”

Two years ago, Lutz published a study showing that U.S. environmental analysts have—perhaps deliberately—understudied the effects of toxic dumping and leaks of substances such as jet fuel on the island, where residents have long wondered if such chemicals are linked to cancer rates, which have risen despite falling on the U.S. mainland. “It’s anecdotal and really hard to study in a small population that often grows up there, drinking the water, but then goes to school in Hawaii and ends up working in California,” says Lutz.In this case, argues Lutz, the undone science is deliberate. “Even documents that are supposed to be public, the military claims they’re not because they involve national security. But Google Earth allows anyone to see where the jet-fuel pipeline runs between the two bases.”

Working with researchers at the University of Guam and the University of Rhode Island, Lutz has filed Freedom of Information Act requests for classified data. At Brown, she says, “we’re starting to create a public website” incorporating all available information “where people can look to see what their exposures might have been, especially in places where the drinking water might be more risky than elsewhere.” Guam lawmakers, she adds, are also interested in this research.

She’s determined, in other words, to get done Guam’s undone science. “And by that I mean questions that would’ve been asked if we didn’t have inequalities so that only the powerful people get to ask the questions that interest them.” Even with the recent surge of activism for racial justice in the wake of the death of George Floyd, she says, undone science plays out in how police departments sit on data showing what racial groups are hardest hit by police violence.

“We’re talking about stuff that the average person might want to have the answer to,” she says.