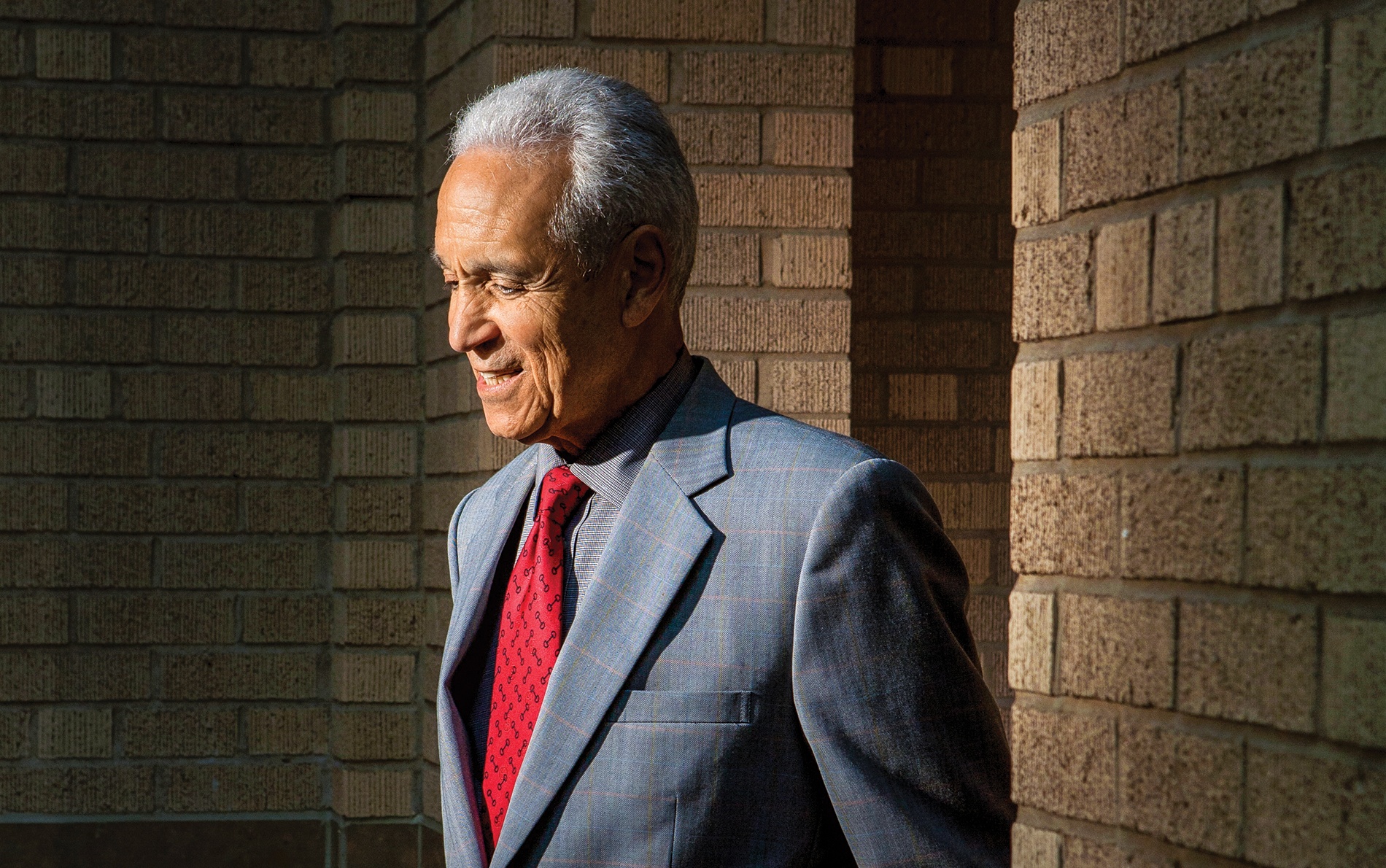 Getting Through It
How do some people thrive despite adversity?

Dr. Augustus “Gus” White III ’57 is well known for his long record of breaking through racial barriers, including being the first African American medical student at Stanford and the first African American to serve as a professor of medicine at Yale and chief of service at a Harvard teaching hospital. Author John Land ’79 first met White when working on 1st and Forever, a book about football—both men had played at Brown.

The two alums ended up reconnecting in 2017, when the Brown Football Association was doing a Military Appreciation Day. “We honored Gus for his distinguished service as a trauma surgeon in Vietnam,” Land explains. “After that, he called and said, ‘Why don’t we do an article on overcoming adversity?’ I said, ‘Why don’t we do a book?’”

Overcoming: Lessons in Triumphing over Adversity and the Power of Our Common Humanity, by White with coauthors Land and David Chanoff—who worked with White on his memoir Seeing Patients—was published in February by Post Hill Press. The book, White says, “evolved from my ongoing life experience. I’m impressed by our common humanity, and I’ve had that re-emphasized throughout my life.”

Overcoming contains profiles of 17 individuals and three couples who have met serious physical and psychological challenges—including cancer, paralysis, sexual abuse, and PTSD. Among the subjects are six with Brown connections, including Dr. Tom Catena ’86, the only doctor for 400 square miles in Sudan. All of them, as the book states, are united by their belief that “the determination to achieve a goal wards off the destructive consequences of tragedy.”

Land conducted the interviews and drafted the main text in collaboration with White. Chanoff then teamed with White to articulate the lessons from each profile in a “Reflections” section at the end of each story and in the conclusion, “How We Survive, Learn, and Overcome.”

The book’s completion last fall coincided with a surge in the pandemic, and the authors hope it will help with our mutual recovery. “If you’re looking to find the best mechanisms for resilience,” says White, “there’s a lot to choose from in our book.” Land concurs: “You talk about the perfect inoculation for this pandemic—if you want to know how to get through these times, read this book and see how these people did it.”

Reader Responses to Getting Through It

We have much to learn from Dr. White’s life and examples of overcoming various challenges. We do not have to re-invent the wheel. We can learn from people who have travelled the road before us and we do not have to make the same mistakes. We know where those landmines in life are and can hopefully avoid them. Dr. White, thank you for your life’s lessons.