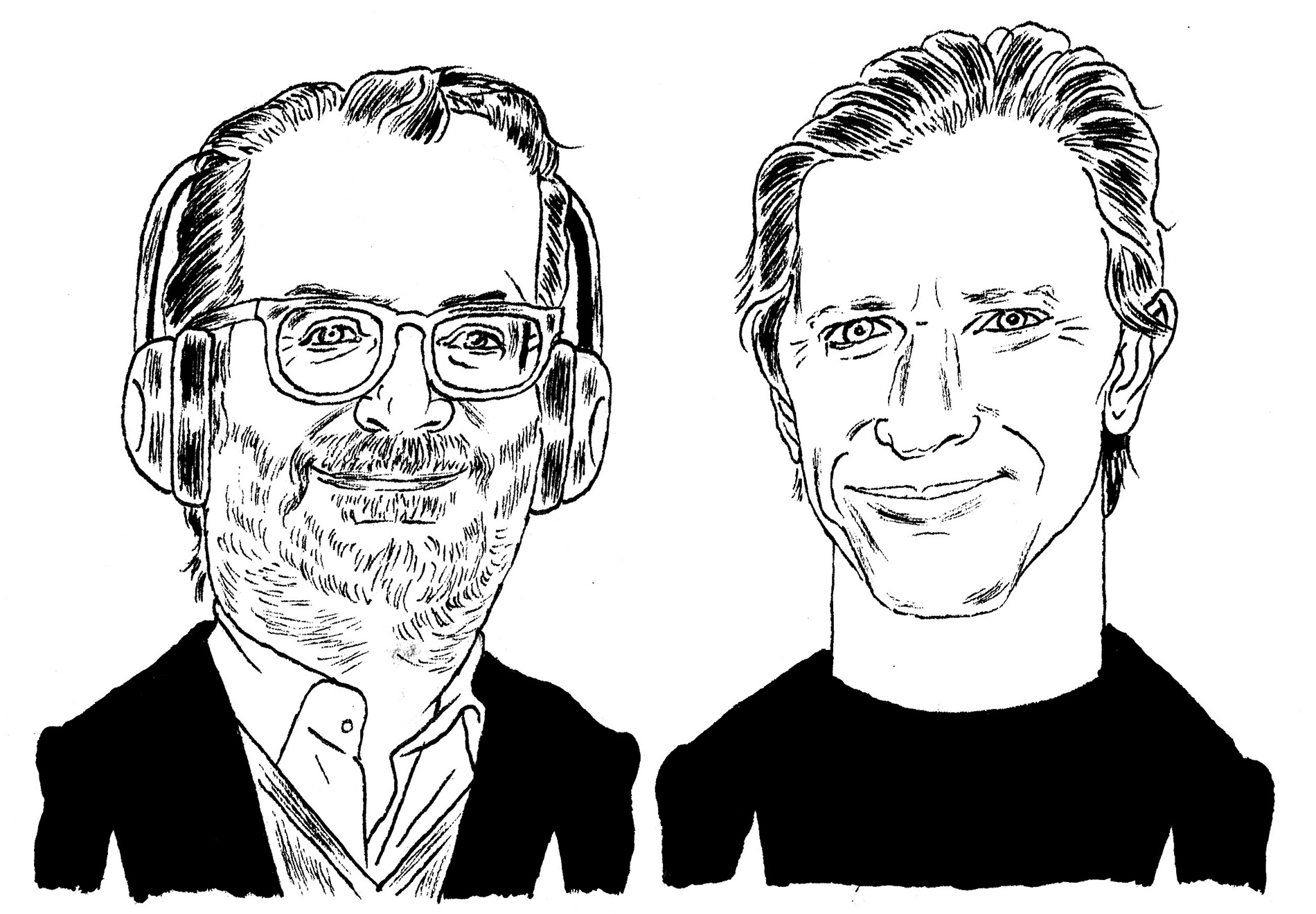 They met when they were 12 and bonded over their love of music. Now, more than 40 years later, Randall Poster ’84 and Josh Deutsch ’83 have become business partners, joining forces in Premier Music Group, a music strategy and supervision firm based in New York City.

“Our whole relationship is kind of a long conversation about music,” says Deutsch. The two shared records as NYC grade-school students, enthusiastic about Elton John and Led Zeppelin. In high school, Poster says, “it was a fertile time in New York, so we could go to a disco on Friday night and CBGB on Saturday night.”

While they didn’t plan to attend Brown together, they were happy it worked out that way—and their time on campus helped to launch their careers. For Poster, it began with cowriting and producing A Matter of Degrees, a film about WBRU that focused on its transition from a college radio station to a commercial station. “It was about how the spirit of the sixties had somehow been overtaken by Reagan’s America,” he says. Deutsch was active as a musician, playing in bands and spending long hours in the University’s recording studio. “I was under the guidance of [music professor] Shep Shapiro,” he says. “Brown had purchased one of the first digital-audio workstations, and I learned skills that would bring me session work after college.”

Although not a musician himself, Poster combined his interests in music and movies by becoming a music supervisor, collaborating with directors to place songs in their films. He has worked with many notable directors, including Brown classmate Christine Vachon ’83 as well as Wes Anderson, Martin Scorsese, and Richard Linklater. Fifteen years ago, he also started to get requests to work on commercials. “It became clear that was a different business,” he says, “so I started a company called Search Party.”

Meanwhile, Deutsch was working in recording studios as a musician, songwriter, and producer. He moved into A&R with Capitol Records and then became an executive with Elektra Music and Virgin Records before starting his own company, Downtown Records, in 2006. Ten years later, the label was acquired by Universal, freeing Deutsch to look for a new opportunity: “I launched Premier Music Group as a creative agency. We acquired another business in 2019, and then it became obvious that Randy and I had complementary assets and skills, so we worked out a deal to acquire Search Party last year.”

Their combined operation has stayed busy despite the pandemic, placing music in such high-profile streaming projects as Tiger King and The Queen’s Gambit and doing brand-strategy work for advertising clients like Nike, T-Mobile, and Target. Premier has also been active in what Deutsch calls “the podcast explosion,” with a client list that includes Malcolm Gladwell and Barack Obama, with whom they collaborated on Renegades: Born in the USA, the eight-episode series of his conversations with Bruce Springsteen. “The company is a platform for Randy and me to do together all the things we’d been doing separately,” says Deutsch. “It’s been exciting to be reunited with one of my oldest friends—for both of us, the fun factor is really high.”

Reader Responses to Reunited—and It Sounds So Good