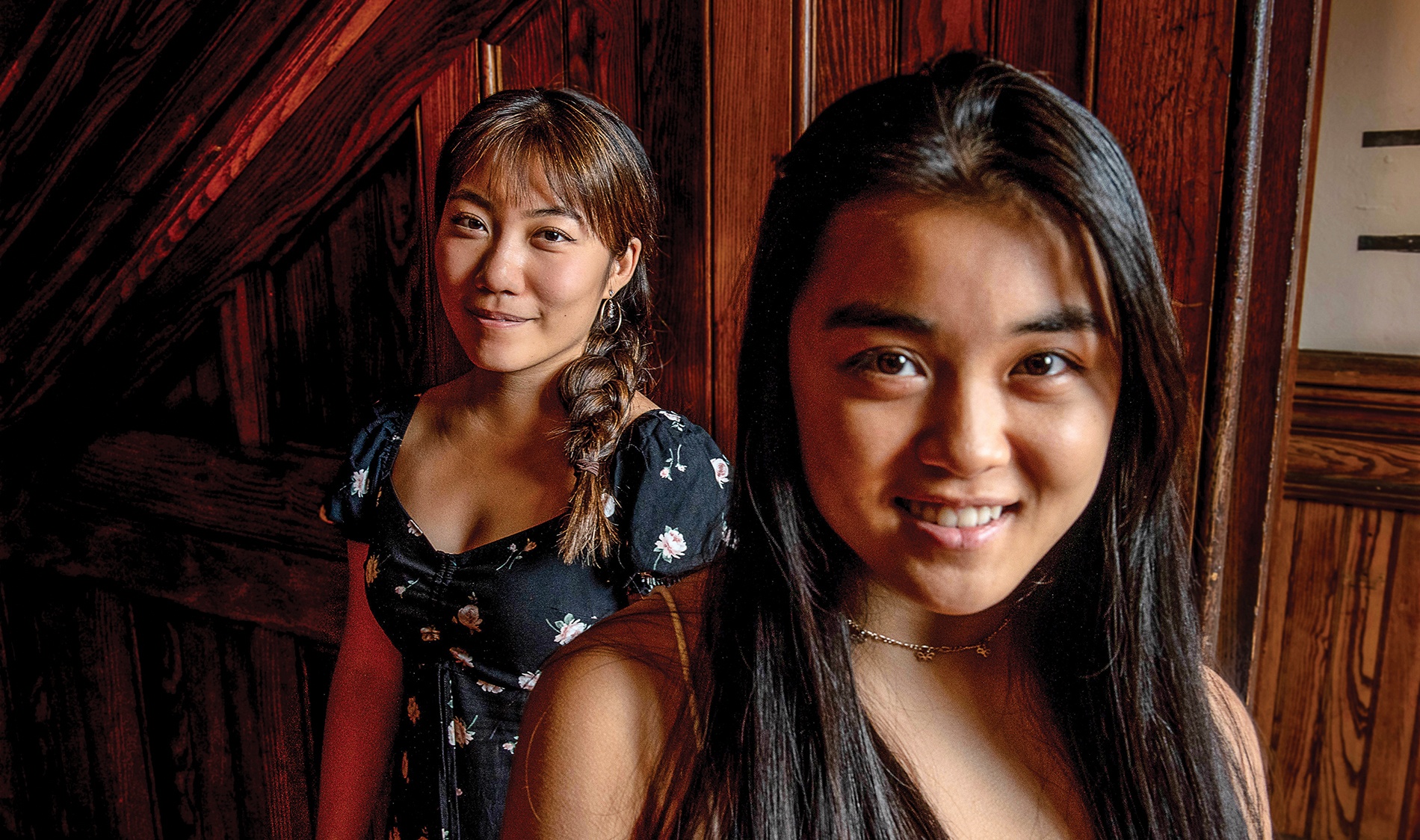 Speak Out
Asian Americans share stories on race and identity

Launched last winter by three Brown juniors, the weekly online newsletter Red Envelope Stories features short, true stories from Asian Americans—many of them Brown students and alumni. “It came out of a series of deep and meaningful conversations about identity and, inevitably, race,” says cofounder Michelle Liu ’22. Each edition—sent to hundreds of subscribers—centers on a different topic.

One newsletter about food included a reflection by Youkie ’22 (Red Envelope Stories publishes mostly with first names) on her evolving eating habits: “I grew up eating raw eggs with rice for breakfast. It was the fastest meal I could eat while preparing to leave the house for school...Coming to the U.S., I realized no one eats raw eggs because there may be microorganisms that could be pathogenic. I have feared that my non-Asian friends would judge me for what I have been eating all my life.”

Language is another recurring theme. Elliott ’23 wrote, “I’m scared of gaining an American accent when I speak Japanese. There’s certain mouth shapes, certain cadences, certain tongue placements that sound like the difference between a native speaker and a foreigner. I used Japanese my whole childhood, being sent to Japanese weekend school every Saturday from kindergarten through high school. But like many bilingual children, I’ve fallen into the habit of responding to my mother’s Japanese with English. It’s a strange and admittedly terrifying feeling that the words are all so familiar, but feel so foreign when they come out of my mouth.”

Contributors explore their sometimes uncomfortable relationships with stereotypes and familial expectations. Amanda ’21 described diverging from her relatives’ career paths in medicine and engineering: “I felt a lot of pressure to do the same because my extended family members kind of expected something ‘big’ from someone who was going to an elite university.” She added that her pursuit of a master’s degree in education “is what makes me happy right now.” Ingrid ’22 noted that she had fallen “in love with defying stereotypes to the point that I worry I’ll lose myself… Fall semester, I’m invited to join a study group for a college math class, and, when I join the Zoom, every student on the call is East Asian. We compare answers for half an hour. After that first call, I never joined again. I’m not sure if I’m more embarrassed to be seen in a group of East Asian people or if I’m more embarrassed by the shame I feel when surrounded by my own heritage.”

Estelle Zhu ’25, the newsletter’s “story collector,” plans on expanding into writing workshops and exhibitions in Providence bookstores. The outreach has become more important amid the recent rise in hate crimes against Asian Americans. Liu says that the “tenuous position” created by the model minority myth—the stereotypes of Asian achievement—“really just shows that we have work to do to achieve racial justice, that we can’t be complacent.”

The project has received attention on local NPR, the podcast Modern Minorities, and CBS News. After Liu was featured in the Boston Globe, her mother was worried, and warned her to be wary. “Sometimes hatred can prevent you from taking charge of your voice,” Liu says. “I don’t think I would ever want that to happen to me.”

Reader Responses to Speak Out