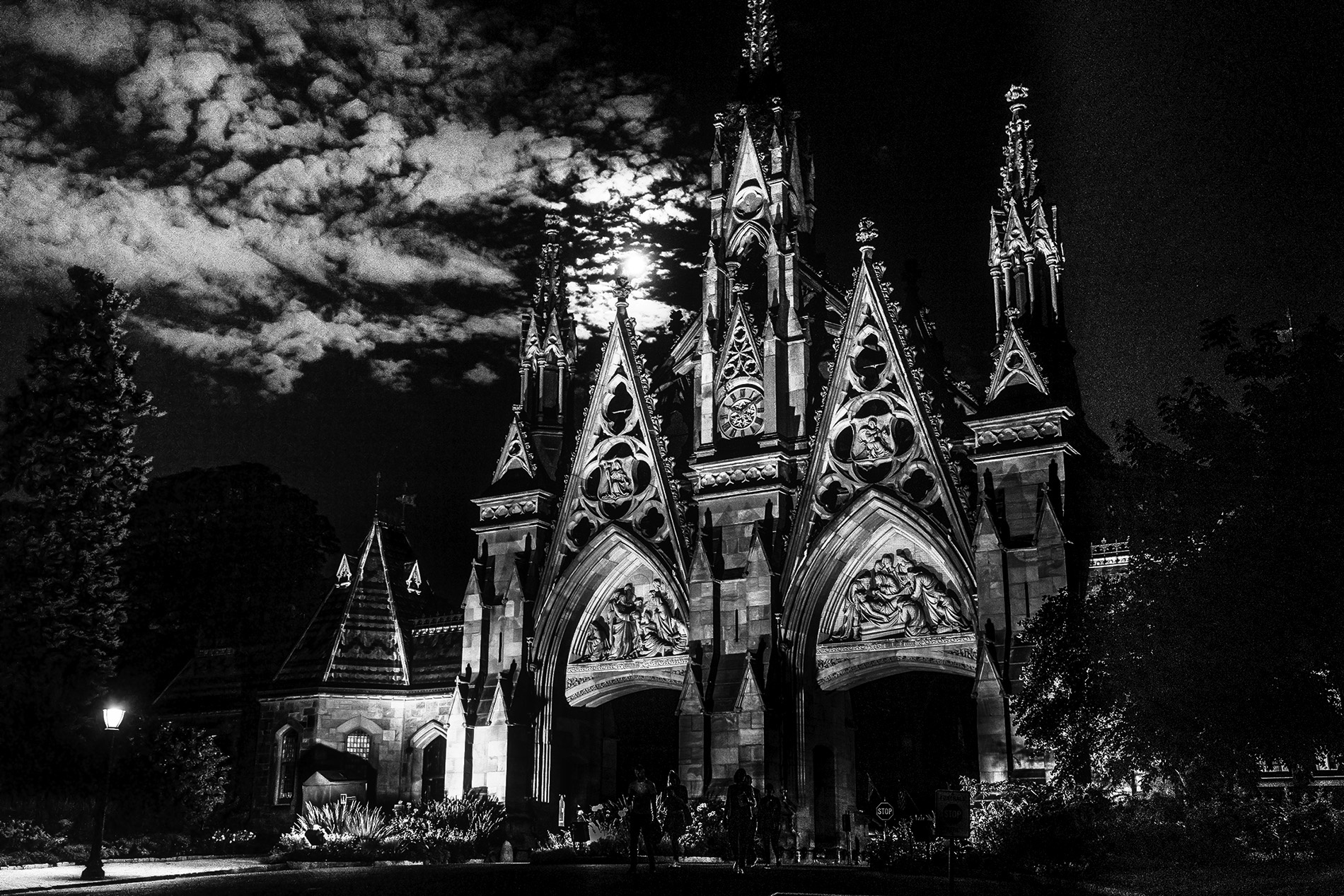 In New York City, Andrew Ousley ’05 is presenting classical music and opera in unexpected places. His nonprofit, Death of Classical, presents two concert series: “The Crypt Sessions” take place in the Crypt Chapel underneath the landmark Church of the Intercession in Harlem, and “The Angel’s Share” (named after the portion of wine or spirit aged in a barrel that evaporates) is staged in the catacombs of Brooklyn’s Green-Wood Cemetery. Events include a pre-show reception with a whiskey tasting featuring local distillers. Vogue’s culture editor called a string ensemble catacombs concert “one of the most riveting and unusual chamber music performances of my lifetime…with goose bump–inducing acoustics.” Ousley, a philosophy concentrator, worked for a decade for Warner Music’s classical division before starting his own company, Unison Media. He set out to offer a more powerful experience around classical music. “There are a lot of people out there who say, ‘Classical music is dead,’”  proclaims the nonprofit’s website. “We put it in a crypt and a catacomb to prove it’s still alive and well.” This fall, Ousley says, concerts will open in a cave. Look for the upcoming season’s lineup at deathofclassical.com (join the mailing list for the most up-to-date information; because seating is limited, shows sell out quickly).

Reader Responses to Livening Up the Concert Experience