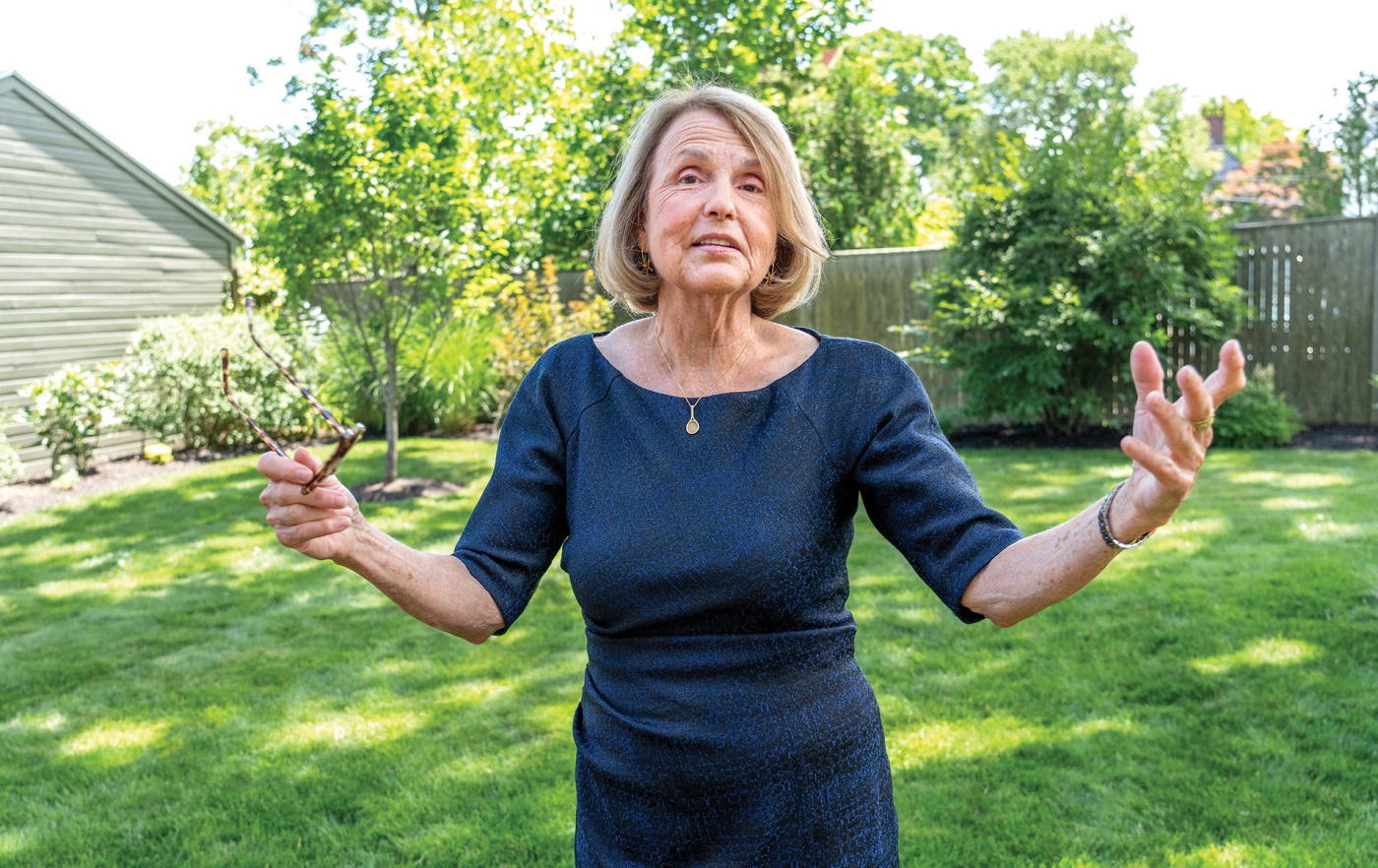 Tracy Breton began her Pulitzer Prize–winning career reading the obituaries on a daily basis to see if anyone she knew had died. Odd choice for a high school student, but as a teen Breton spent her Saturday mornings volunteering at a nursing home. Breton was underwhelmed by the obits, noting how flat they read even about people who led full and interesting lives.

“Everything that was written about them was so formulaic. I thought ‘Oh my god, why isn’t there a more interesting story here?’” This was her first lesson in the field: include the “gold coin details” that really count.

Breton attended Syracuse University, graduating magna cum laude in 1973 with a double concentration in political science and newspaper journalism. From speaking with Nixon’s re-election committee right before some of its members were indicted to interviewing former presidential candidate John Lindsay, college offered Breton an early chance to explore the field. It was there she met Ben Bagdikian, a mentor, Pulitzer Prize–winning journalist, and editor at the Washington Post. Bagdikian called Providence a “theme park for journalists” and recommended that Breton apply to work at his first paper, the Providence Journal, which at the time was one of the top news publications in the country. She worked there for 40 years, ultimately focusing on the courts.

“The things that happen here turn up in novels,” said Breton. “It’s a rich and storied place that, when I came here, was full of mobsters, lobsters, and lots of corruption.”

Breton’s tenacity and doggedness came through in her reporting. From robberies and scandals to homicides and gang violence, Breton saw it all. Once, while standing behind a photographer who was taking a picture of a Florida home for an investigative story she was writing, Breton was shot in the back of her leg. The bullet, which lodged itself in the muscles of her upper thigh, was unable to be removed and has remained in her leg to this day. Despite what happened, she remained on site to complete the story. Another time, an East Side apartment she was renting was broken into in the middle of the night, with the robbers seemingly searching for tapes she’d received from a star witness in a mafia trial. Two Providence police officers would follow her for protection for a month.

In 1994, Breton won the Pulitzer as part of an investigative team that uncovered corruption within the R.I. court system, and would later be nominated again as part of a team that covered the 2003 Station Nightclub fire that killed 100 people. 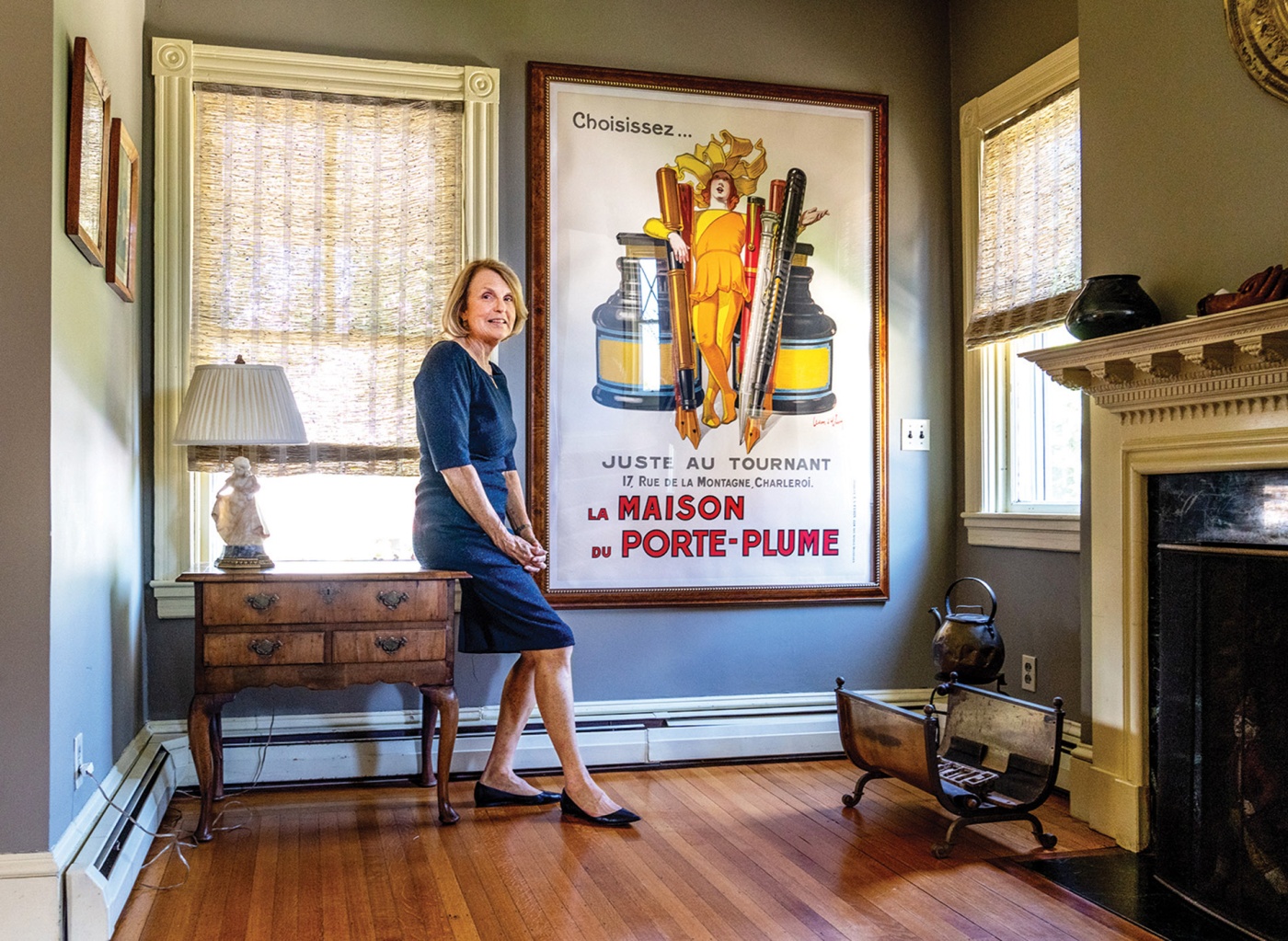 It was at the University of Rhode Island that Breton began her teaching career, instructing part-time in her late 20s. “I thought about all the lessons I’d learned as a young reporter and how important it was to encourage more people into journalism. I gave it a try, and I did like it, but I don’t think I came to truly love it until after I began teaching at Brown.”

Breton says teaching helped her hone her craft. “By teaching what you’re practicing, it’ll make you think more about your own reporting or writing.”

One day in September 1997, Breton was approached by Dr. Elizabeth “Beth” Taylor, a former colleague at the Providence Journal who was a lecturer in the expository writing program at Brown. Taylor asked Breton to be a guest speaker in her journalistic writing class for what Breton assumed would be one day. “A few hours after I taught her class,” Breton remembers, “I got a phone call from the then-chair of the Department of English, Stephen M. Foley, who asked if I could start teaching a section of journalistic writing at Brown. I asked him when he was thinking of having me do that. He said ‘right now, this semester.’

“The rest is history,” Breton says. “I started teaching journalistic writing at Brown a few days later, a course I would teach every year at Brown for the next 24 years.” Between 1997 and 2021, Breton taught two to three classes per year, with an average of 15 students per class, and later moved to teach the pre-college summer program between 1998 and 2017. While Brown would rotate between different visiting professors to teach introductory courses, Breton alone taught advanced journalism courses, remaining the journalistic arm of the nonfiction writing program—and the University as a whole—throughout her career.

“By teaching what you’re practicing, it’ll make you think more about your own reporting or writing.”

For many former students, her tough-love style of teaching was the push they needed to enter the world of journalism.

“She was my favorite professor at Brown,” says A.G. Sulzberger ’03, publisher and current chairman of the New York Times Company. “She was an extraordinary teacher who holds her students to an incredibly high level of expectation, but at the same time is as nurturing and supportive as any professor I’ve encountered at Brown. Had I never signed up for Tracy Breton’s journalism class, I don’t think I’d be in journalism today.”

Breton’s reach would extend far past the undergraduate experience. She held lectures at the Warren Alpert School of Medicine, instructing would-be doctors on how to speak with patients, as well as training law students at Roger Williams on public-interest journalism. In 2000 and 2001, she cotaught a public policy class with Dr. Ross Cheit on the Rhode Island criminal justice system.

In addition to traditional coursework, Breton sponsored a number of independent projects. Most recently, she directed a group of students in collaboration with the computer science department in researching the effects of the opioid epidemic in the state. In 2017, she led a group of advanced journalism students to investigate 17 years’ worth of elder abuse cases in the Rhode Island courts, producing a 9-part-series in the Providence Journal that led to her and one of her students testifying before a state senate–appointed committee.

Breton’s former students have held positions at the likes of the New York Times, Washington Post, the Financial Times of London, NPR, Bloomberg, and Wall Street Journal, among others. A week doesn’t go by that she doesn’t speak to one of them.

“To have been taught the basics of journalism from a Pulitzer Prize–winning investigative reporter at such an early point in my career was so valuable,” says Nicole Dungca ’09, investigative reporter for the Washington Post. Dungca took multiple classes with Breton and had her as an advisor to her nonfiction senior project. “She’s a classic, no-nonsense, gumshoe reporter, and it’s so helpful to have that kind of help earlier in your career because you know what to expect when you go into a newsroom.”

Breton, whose husband Barton Hulick died in 2012 after five years of battle with stage IV lung cancer, doesn’t expect to take retirement lying down. An avid amateur tennis player, Breton  has won her outdoor tennis club championship in the 60-plus division and still plays multiple times a week. She also plans to host guest lectures and workshops in addition to spending more time with friends.

She looks back on her career fondly and knows that the journalists she trained have the skills to find the truth, no matter where it may lie.

“You don’t go into teaching in college to become rich, just like you don’t go into reporting to become rich. But I felt like teaching for me was a civic duty,” said Breton. “I felt really strongly about the fact that, in this day and age, we need to have really good reporters who’ve been trained by seasoned journalists who’ve walked the walk, talked the talk, and know how to dig for the truth—without spin, without bias, and without taking sides.”

“I think we’re all on this planet for a reason,” she adds. “In addition to writing stories that I know made Rhode Island a better place–because I did uncover bad things, and as a result there are people who shouldn’t have been in power are no longer in power—I felt like it was really important to train the next generation of journalists to continue the kind of work I had been trained to do so that the public was getting real news.”

Reader Responses to Mobsters and Lobsters