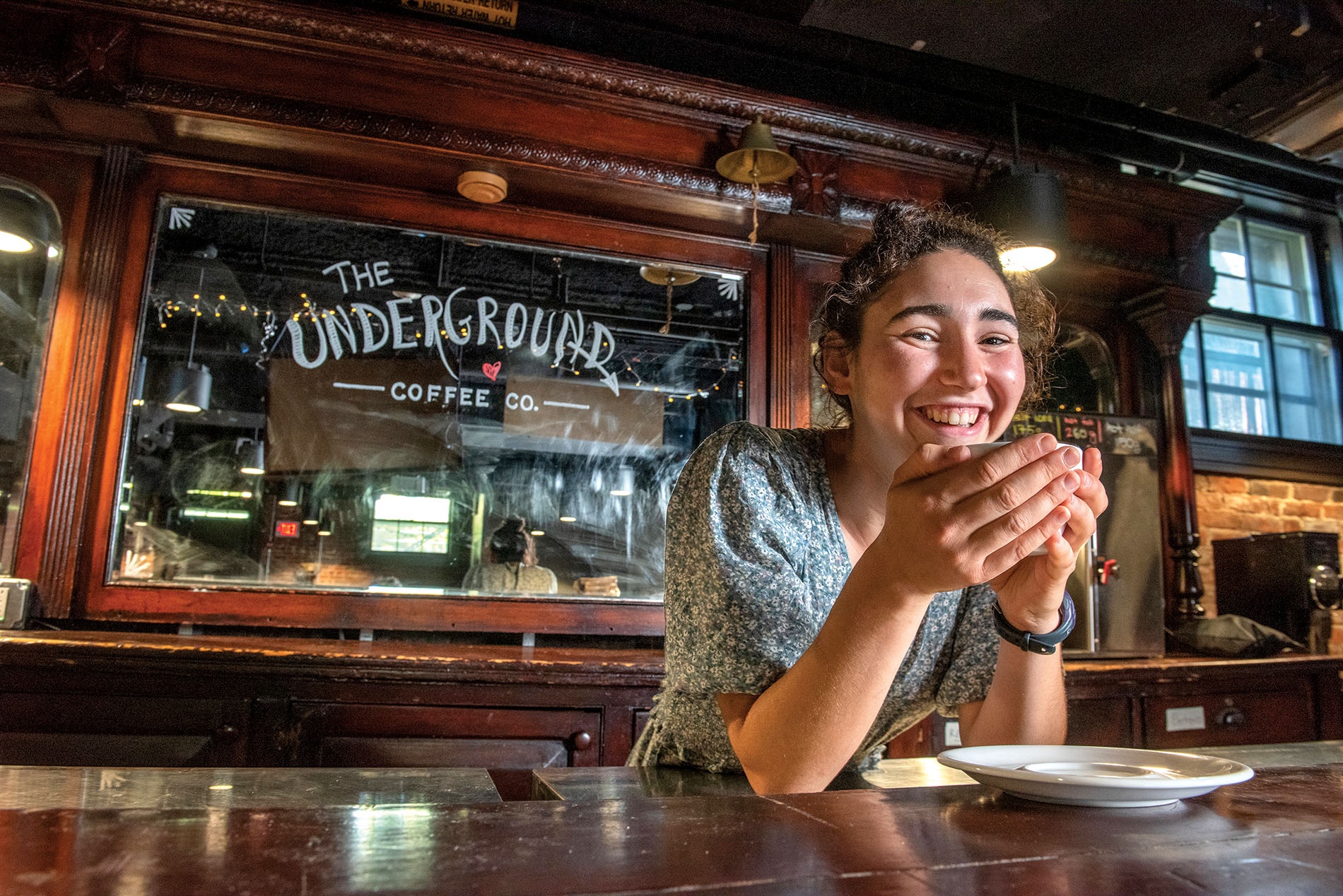 Rise and Grind
The Underground wakes up and smells the coffee

When Katie Murphy ’16 and Yousef Hilmy ’16 transferred to Brown, there was no student-run coffee shop, despite an “illustrious” history, Hilmy discovered. In the ’70s, Big Mother Coffeehouse (see page 53), just off the former student post office, sold coffee, sweets, lunch, and vinyl through Mother Records. At night, Big Mother booked acoustic acts, from well-known tenor sax player Scott Hamilton to “this guy named Sweet Pie who performed in a loincloth,” according to former manager Ken Field ’74.

Somewhere in the early ’80s, the coffee, cheese, and Korb’s bakery chocolate-chip cookies disappeared and the music venue morphed into the harder-rocking Underground, which served beer, sponsored a weekly funk night, and gave Grammy-winner Lisa Loeb ’90 her start. “At one point we had a sake machine,” says David Shenk ’88, another former manager of the student-run space. And food? Honey-roasted peanuts, pretty much, Shenk says.  “Food would be a generous way of putting it.”

With a zero-interest loan from Brown Student Agencies, Murphy and Hilmy reestablished the Underground as a student club and partnered with Kenta Nakagawa ’18, founder of the Brown/RISD Coffee Society. At the Underground’s opening in April 2015, drip coffee was served by unpaid volunteers—“all people that were obsessed with coffee,” Murphy says.

Hilmy went to work on the ambience: “I started making beats and learning how to DJ,” he says. He now has his own record label, Minaret.

The café got its food and beverage license in 2017 and now sells Knead Donuts and Bolt Coffee. Current comanager Tevah Gevelber ’24 says there are plans to provide gallery space for student art and, back to its ’80s roots, pop-up Saturday events with live music.

Reader Responses to Rise and Grind