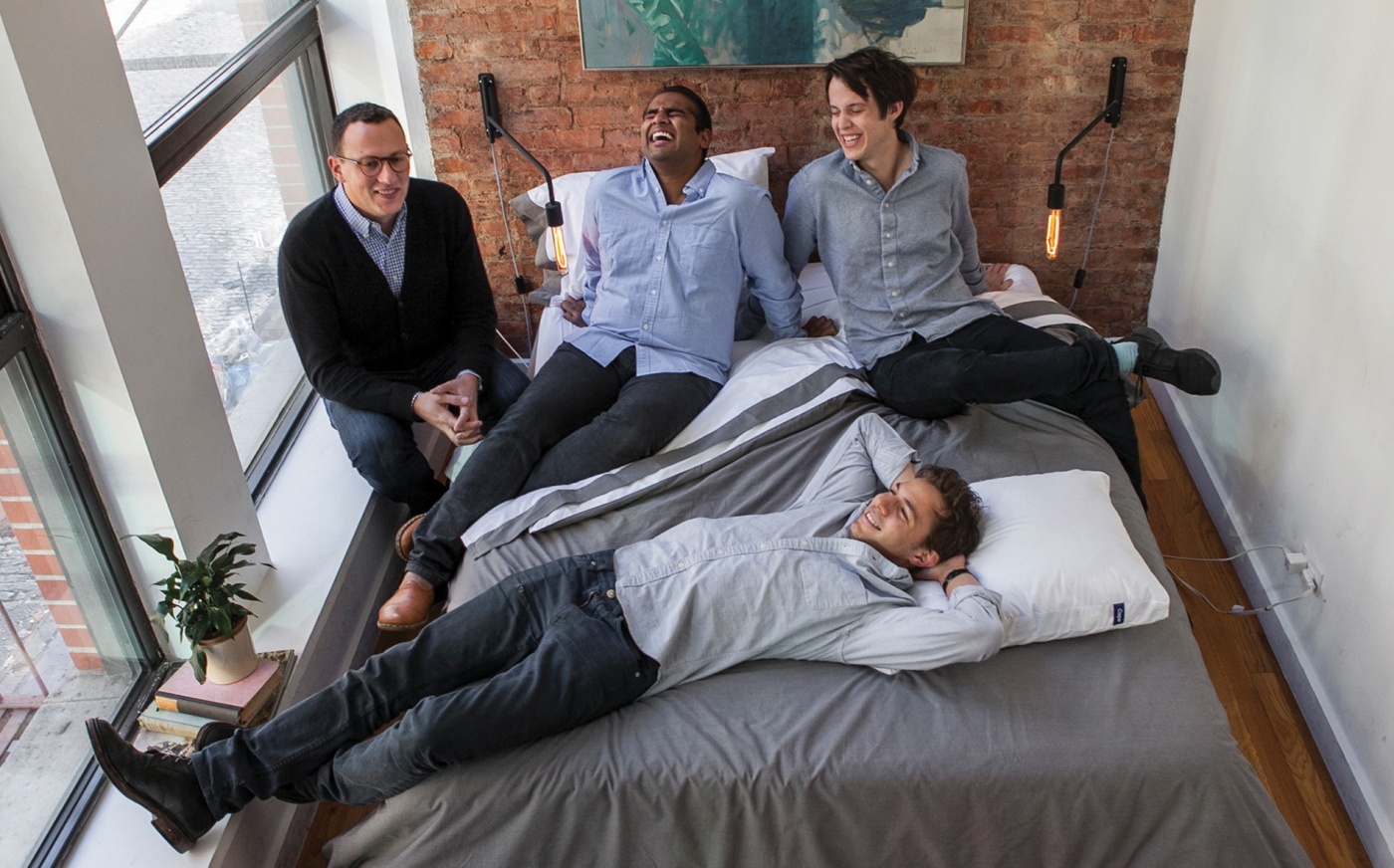 When Neil Parikh ’11, Gabriel Flateman ’12, and T. Luke Sherwin ’12 cofounded the mattress company Casper in 2014 along with Philip Krim and Jeff Chapin, the concept was simple yet innovative. Instead of visiting a traditional showroom, shoppers went to Casper’s website to purchase its one affordable, high-tech mattress. The mattress was then folded into a box and delivered free of charge, with a 100-day money-back guarantee. Before Casper came along, Parikh says, “The whole mattress-buying experience was just terrible. The industry was really sleepy, if you’ll pardon the pun.”

The idea took off swiftly. Casper brought in $1 million in sales its first month, with revenue topping $600 million since then. The company has widened its offerings to three types of highly-rated mattresses, plus pillows, sheets, bed frames, and other items, with some available through partners like Nordstrom, Amazon, and Target (which reportedly invested $75 million in 2017, a significant portion of the $240 million Casper has raised in total funding so far).

Now Casper is expanding into brick-and-mortar territory. The company’s goal is to transform Casper into a lifestyle brand that’s synonymous with a good night’s sleep—something that has become more important to consumers. At a time when many retailers are struggling, the company recently announced a plan to open 200 stores across the United States and Canada over the next three years. Stores have already launched in 20 locations, including Atlanta, Denver, San Francisco, and Toronto. “It’s a platform where we can have a lot more conversations with a lot more people,” says Parikh. “It’s the natural next step.”

Reader Responses to Dream On