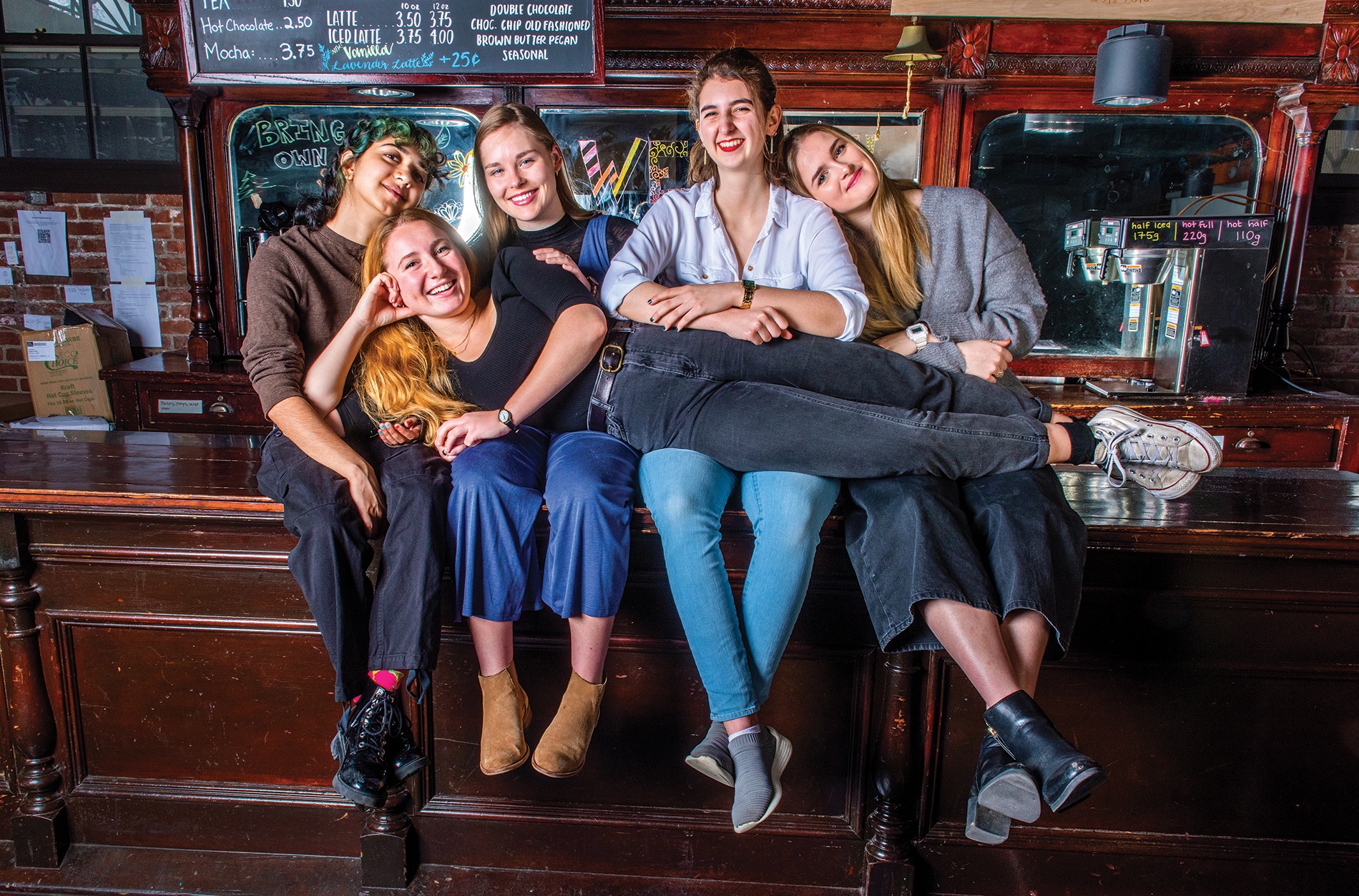 When Maria Luisa Acabado ’13 arrived at Brown, she tried out for a variety of comedy groups. But after a round of rejections, she recalls, “I thought to myself, ‘Maybe I’m not funny. Maybe everyone was just being nice to me my whole life.’ It took me a minute to be like, no that’s not what’s happening here. It really hit me that basically everyone I auditioned for was a straight white guy.”

Acabado joined forces with her friend Rachel Borders ’13 to start The Rib of Brown, a comedy website originally written entirely by women. The duo especially recruited those who had been rejected by other groups and publications. “So many funny women weren’t getting a platform,” Borders says. The website’s early content included articles about periods and sexist Halloween costumes. As Sydney Mondry ’15, an early member of the group, says, “Having a group of women who tolerated and embraced irreverence gave me permission to cover topics that would have been taboo in other publications.”

The Rib, now in its ninth year, remains committed to accepting and training anyone who applies, including non-binary people, meaning those who don’t identify as male or female. “To me, being good at comedy writing is 10 percent being funny and 90 percent endurance and sticking with it,” says current editor Allie Arnold ’20. Among recent Rib articles are satires like “I Love Brown So Much That I’m Having An Affair With An Actual Bear” and a comic about the joy and affirmation of being mistaken for a RISD student.

Rib alums have gone on to have successful careers in writing and performing. Acabado produced a sketch comedy show for several years called “Who Made the Potato Salad?” made by and starring people of color. Dana Schwartz  ’15 started the famed “Guy in your MFA” Twitter account, which parodies grad-school pretentiousness, and now writes for the Marvel series She-Hulk. Borders, also a television writer, says The Rib was an important springboard for her: “My time on The Rib has served me well in navigating an industry which has made major steps but still has a long way to go in including people who don’t necessarily look like those who have traditionally run the industry.”

Since 2018, the group has hosted a semesterly stand-up comedy event, encouraging members to take risks. Their event in November, held in the Underground Café in Faunce, was so crowded that they had to turn people away at the door. Elisheva Goldberg ’22 calls the group “an incubator for confidence.”