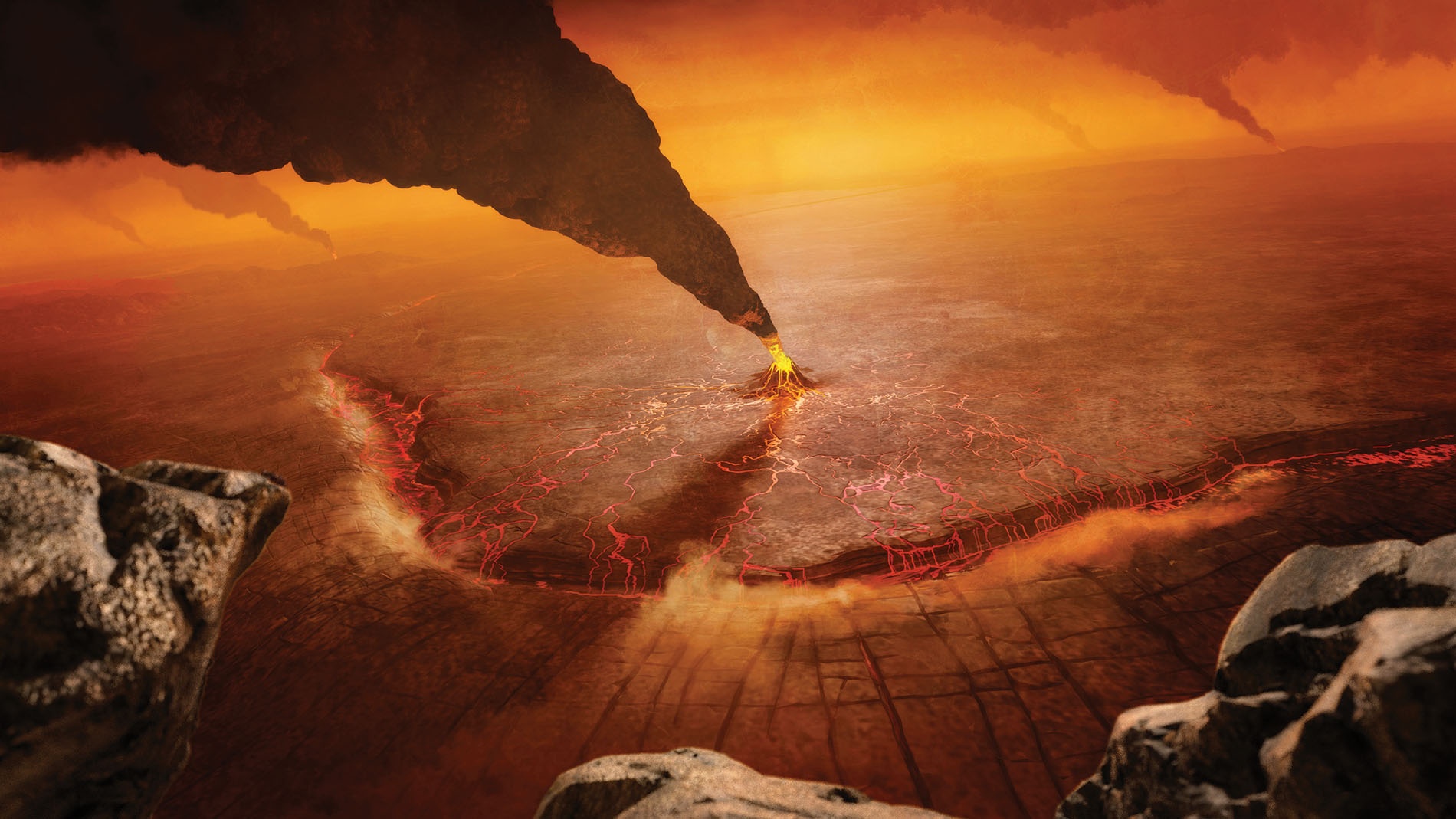 Do plate tectonics exist on Venus? We’re not sure. This conceptual illustration shows an active volcano on Venus surrounded by a theorized subduction zone, in which a tectonic plate is sinking.PHOTO: nasa /JPL-Caltech/Peter Rubin
Science & Tech

In the book based on his 1980 television series Cosmos, Carl Sagan wrote: “Venus has almost the same mass, size, and density as the Earth. As the nearest planet, it has for centuries been thought of as the Earth’s sister. What is our sister planet really like?” To provide more answers to that question, NASA recently announced two Discovery Program missions. One, called VERITAS, is headed by Dr. Suzanne Smrekar ’84; the other, known as DAVINCI+, is led by Dr. James Garvin ’78, ’81 ScM, ’84 PhD.

Both scientists trace their interest in the cloud-covered planet to their time at Brown. Garvin cites the influence of professor Jim Head: “He handed me this translated document from the Russian missions [to Venus]. I read it and was hooked, in the fall of 1979.” Smrekar also speaks highly of Head as well as of professor Marc Parmentier. “I took his geodynamics class,” she says of Parmentier, “and that was what sent me down this path.”

Both missions have launch dates in the 2028–2030 time frame. VERITAS will place a data-gathering spacecraft into orbit around Venus for what is hoped to be three Earth years. “For me,” says Smrekar, “the biggest question is trying to understand why Venus doesn’t have plate tectonics. If it doesn’t, what system does it have?” The orbiter will use radar imaging to create a topographic map of the planet’s surface that will be far more detailed than any made by previous missions. It will look for changes over time that may help to answer the plate tectonics question as well as to explain why Venus, unlike Earth, has no magnetic field.

The DAVINCI+ mission will send a probe into the planet’s atmosphere—a titanium sphere about the size of a large beach ball with an instrument array that will, Garvin explains, “read the chemistry of the composition of the atmosphere, from the top of the clouds to the surface.” It will fall on a parachute for about 30 minutes, then jettison the chute to drop through the thick atmosphere for the final 100,000 feet. Once it reaches the surface, it will survive for only a few minutes, because the temperature there is 450 degrees Centigrade. The carrier spacecraft will continue to orbit the planet, using five different camera systems to take high-resolution pictures and transmit them to Earth.

Reader Responses to The Brown Planet