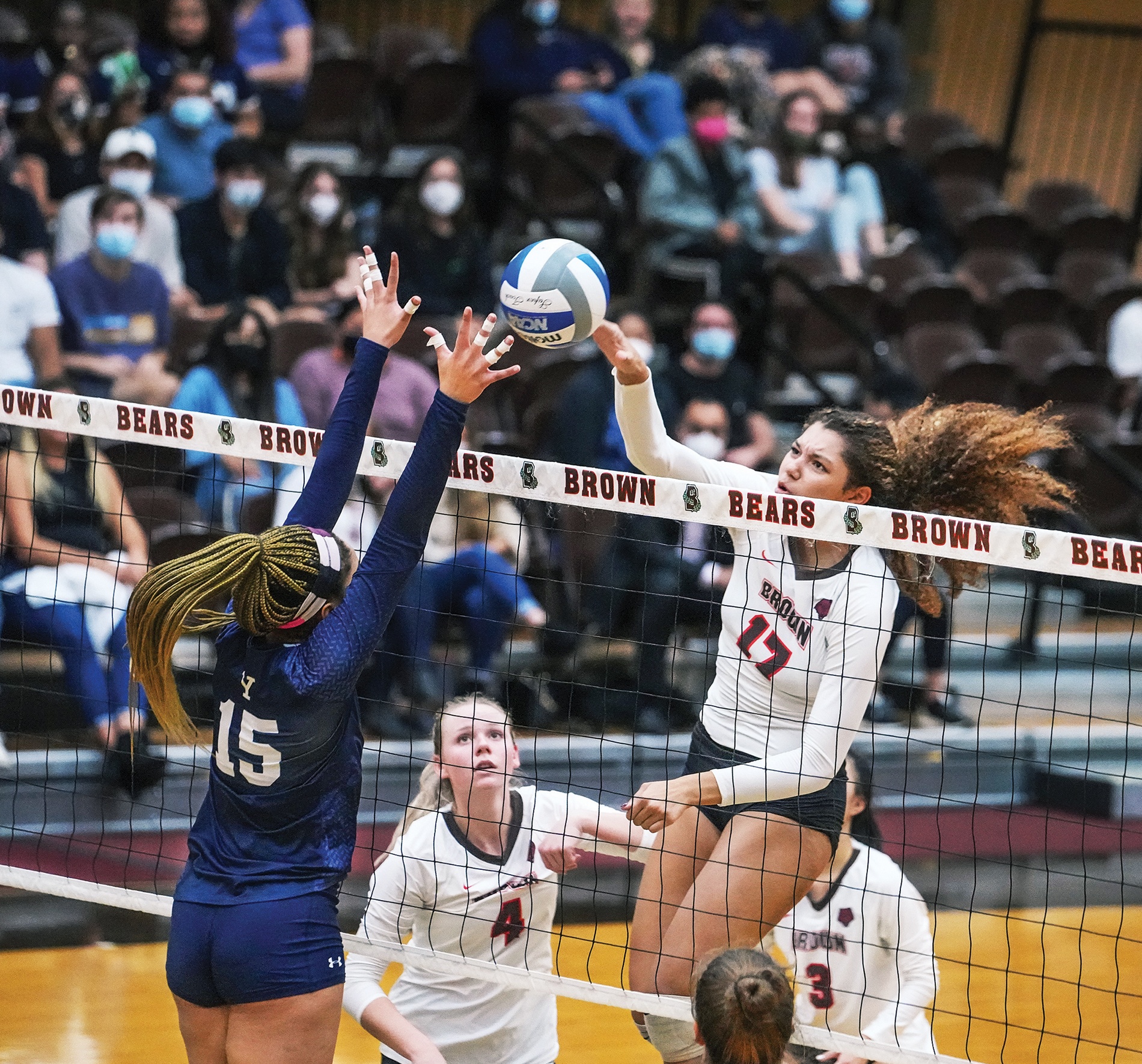 One Day, Two Ivy Titles
Victory was decisive and extra sweet for women’s volleyball and soccer after returning to play this season.

The secret to their success? Joy.

Head Coach Ahen Kim, who came to Brown in 2018, reminds his players to hold on to the joy they get from volleyball—and work hard.

“In order to receive that joy, you have to have discipline,” Kim says, “and you have to be willing to do hard things over and over again.”

The team has embraced the principle—especially last year, when they had to work extra hard to see the best in any situation.

“We emphasized gratitude a lot because it was so easy to be negative,” Kim says. “We were able to persevere through a lot of hardship.”

Not surprisingly, joy and gratitude came a little easier once the team could compete again, and they rode them to a historic 2021 season full of celebration: The team not only secured an outright title, but swept the 2021 Ivy League awards, becoming the first women’s volleyball team in the league to have five players named to the First Team All-Ivy.

All three players say the team is so collaborative that their wins would never have been possible without their teammates. In fact, in an unusual move, the Bears do not have designated captains.

“By not allowing captains, you let everyone on the team step up,” Vanderlaan says.

Coach Kim says it’s about one of the team’s core values, servant-leadership: “We talk about having an attitude of leading others by serving others.” That means each player finds the individual role that allows them to help the team, and each role is valued. Players on the court feel support from the bench, where their teammates cheer no matter the score.

“Our bench is definitely a special part of our team,” says Jenkins. “They really bring out the fire in us on the court, especially when things start to get a little bit hectic.”

The Bears are focused on maintaining their positive team culture. “The way we bond is very unique,” says Vo. “The chemistry we have on and off the court and how we just want to have fun while we play is just so different from any other team.”

The team traveled cross country to play No. 15 Washington during the NCAA opening round, its first time in the tournament since 1998 and its first ever match against Washington. The Huskies bested the Bears 3-0. “It was so much fun watching this team grow up right in front of our eyes,” reflects Kim. “Every time this team gets an opportunity and something is new, they do struggle, but they struggle well through it. They just keep getting better and keep growing and I couldn’t be prouder.”