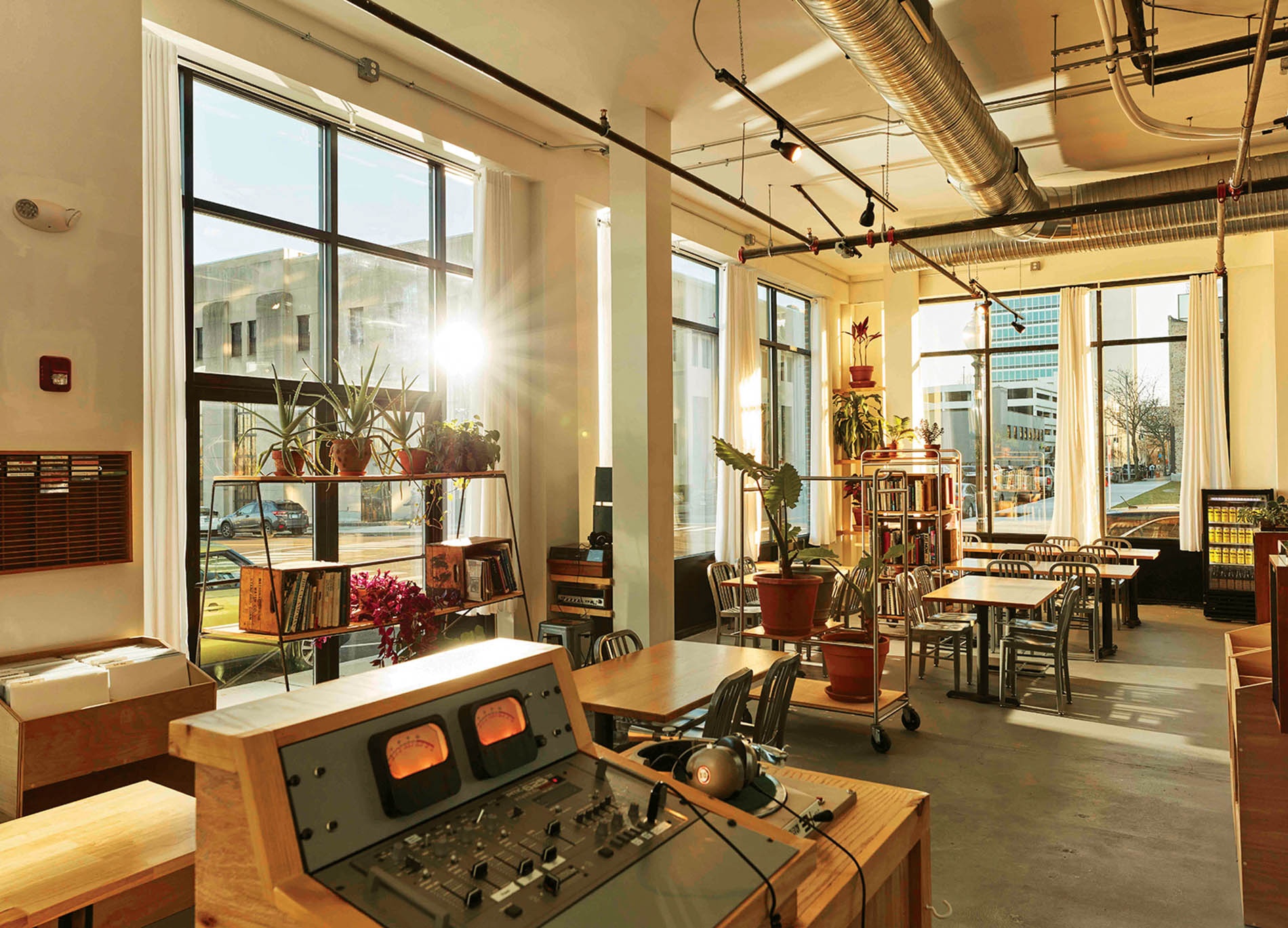 New Brews from the Ruggiero Brothers
A new Connecticut taproom

Bridgeport, Connecticut, isn’t exactly a party destination, but brothers Chris Ruggiero ’98 and Rich Ruggiero ’04 have staked a claim on the city’s downtown with their new craft brewery, Berlinetta Brewing. Opened in June, 2021, the taproom on Golden Hill Street has a modern, industrial feel with high ceilings, large windows, sleek blond tables, and metal chairs. Brews have ranged from a tropical stout to Sunshine Wheat, but the emphasis is on classic Czech-style beers. Rich, the brewer, has taken many trips to the Czech Republic, where his wife is from. Their flagship offering is “Velvet Pilsner;” this year, to mark the one-year anniversary, VLK Dark Lager was launched. But that’s only half the reason that Berlinetta Brewing has quickly garnered a reputation as one of the state’s top breweries. Patrons can sift through thousands of “carefully selected” vintage records for sale or peruse shelves of books while listening to bootleg tapes or rare 45s on the “world-class handmade analog sound system.” “We love good beer and good sounds,” the brothers say on berlinettabrewing.com. Two good reasons to go.

Reader Responses to New Brews from the Ruggiero Brothers