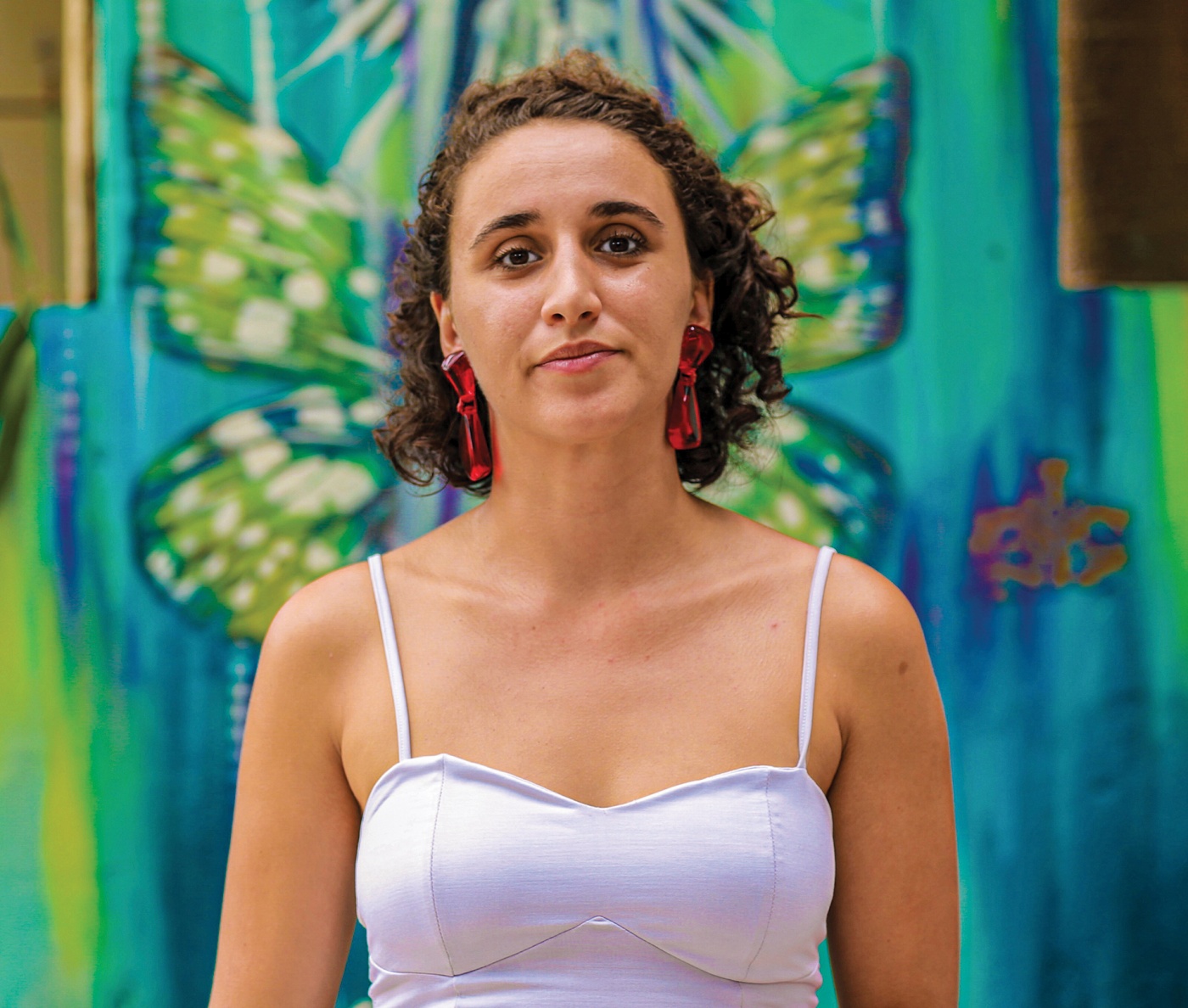 The Egyptian Revolution that overthrew autocratic ruler Hosni Mubarak during 2011’s Arab Spring was so electrifying to Sofía Unanue ’11 that she spent the summer in Cairo recording the oral histories of those who’d taken part, producing her senior thesis: “Revolutionary Words: Protest Space and Rhetorical Frames in Tahrir Square.”

By 2013, after a brief stint in Brazil, Unanue found herself in an unexpected place: Puerto Rico, where she’d mostly grown up, then left for schooling with no intention of returning. The U.S. territory was mired in economic and social distress.

“I kept thinking about the Arab Spring and the level of blissfulness in Tahrir Square,” Unanue recalls. “I came back to the idea of public space.”

The following year, Unanue, who’d concentrated in development studies at Brown, teamed with two other women with backgrounds in art and design to launch La Maraña. The grassroots project has the unique goal of organizing poverty-stricken communities around local design projects, or what its creators call “placemaking,” the notion that public spaces can promote better living.

Their efforts were gaining a foothold in three Puerto Rican towns when Hurricane Maria struck the island in September 2017 as a deadly Category 5 storm that knocked out power to much of the territory for months. Suddenly, Unanue and her partners in La Maraña had a new sense of urgency.

But in the chaotic aftermath, it took Unanue and the other leaders a week and a half just to locate each other. When they finally convened in Ponce at the home of her cofounder’s mother, who had a generator, they scribbled down the outline for what has become Imaginacion Post-Maria, applying the original mission of La Maraña to the pressing task of hurricane recovery.

In the months since, the team has helped citizens organize projects such as reclaiming an abandoned school in the town of Carolina as a community space, creating a new park in Humacao with input from local kids, doing solar energy work, and rebuilding six homes. The effort is attracting attention from outside funders and from national advocates such as Elizabeth Yeampierre, who urged that Maria’s devastation become a catalyst for change.

Even as the recovery lingers on, nearly two years since Maria struck, Unanue is thinking ahead. “We’re going to digest everything we’ve learned into tangible tools for scaling upwards,” she says, adding that the biggest challenge for Puerto Rico and its low-lying Caribbean neighbors is global warming. “We think our work is going to be essential to climate change.”

Reader Responses to A Long Recovery