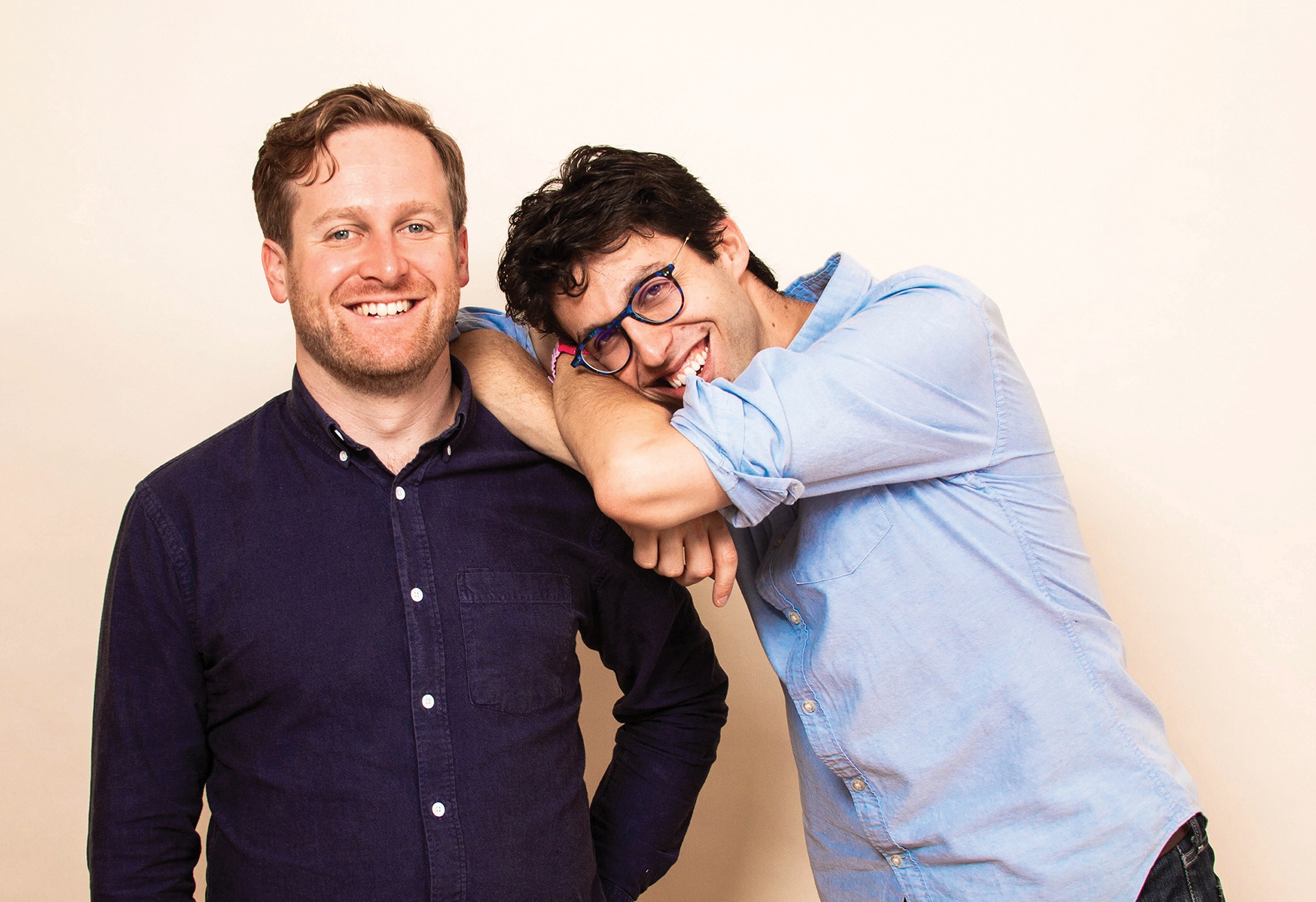 But Nate Sloan ’08  (bottom right) and Charlie Harding ’09 have. In their podcast Switched on Pop, started in 2014, they explain the historical inspirations and techniques present in today’s most popular music. Topics range from Shawn Mendes’s Shakespearean lyrics to the seemingly identical playlist of indie songs at hip restaurants. Sloan is a musicology professor at USC who studies jazz and the history of popular music. Harding, a songwriter, worked at a nonprofit before producing the show full-time.

The two met in an orchestration class at Brown, and, after graduating, lived in San Francisco, where they played in a bluegrass band. Around 2014, they both decided to move: Sloan to New York to teach at Fordham University, and Harding to L.A. They started the podcast as a way to maintain their musical relationship, since “it’s kind of hard to play banjo and mandolin over Skype,” Sloan says. In the podcast’s first year, Harding adds, “The episodes were just sporadically published whenever we felt like it. We were lucky to have like 1,000 people listening to the show.”

Sloan says he considered himself a music “snob” before starting the podcast. “As we went deeper into the world of pop, something extraordinary happened,” he says. “I realized that my love of abstruse jazz and recondite classical music was just an identity that I had created for myself.” He adds that he better understands the passion of young pop fans: “You can listen through someone else’s ears, and that’s a really profound experience.”

In addition to the podcast, the pair have written a book, Switched on Pop, due in December from Oxford University Press. Each chapter explains a musical concept through pop songs, for instance describing meter through “Hey Ya!” by Outkast, and timbre through Sia’s song “Chandelier.”

Harding is taking parental leave next year, so he and Sloan have arranged for guest hosts, including music journalists and podcasters. “There are so many voices that we want to include,” Harding says.

Pop music, Harding notes, “is in the background of our lives, when we’re grocery shopping, on commercials, in film. Even if you’re not a pop music connoisseur, it is a commonality.” The podcast, Sloan adds, can help anyone—whether or not they have formal music training—gain a deeper understanding of the sounds around them: “In some small way, I really want our show to serve as a counterbalance to the tragic cuts to music education in this country.”

Reader Responses to World of Pop