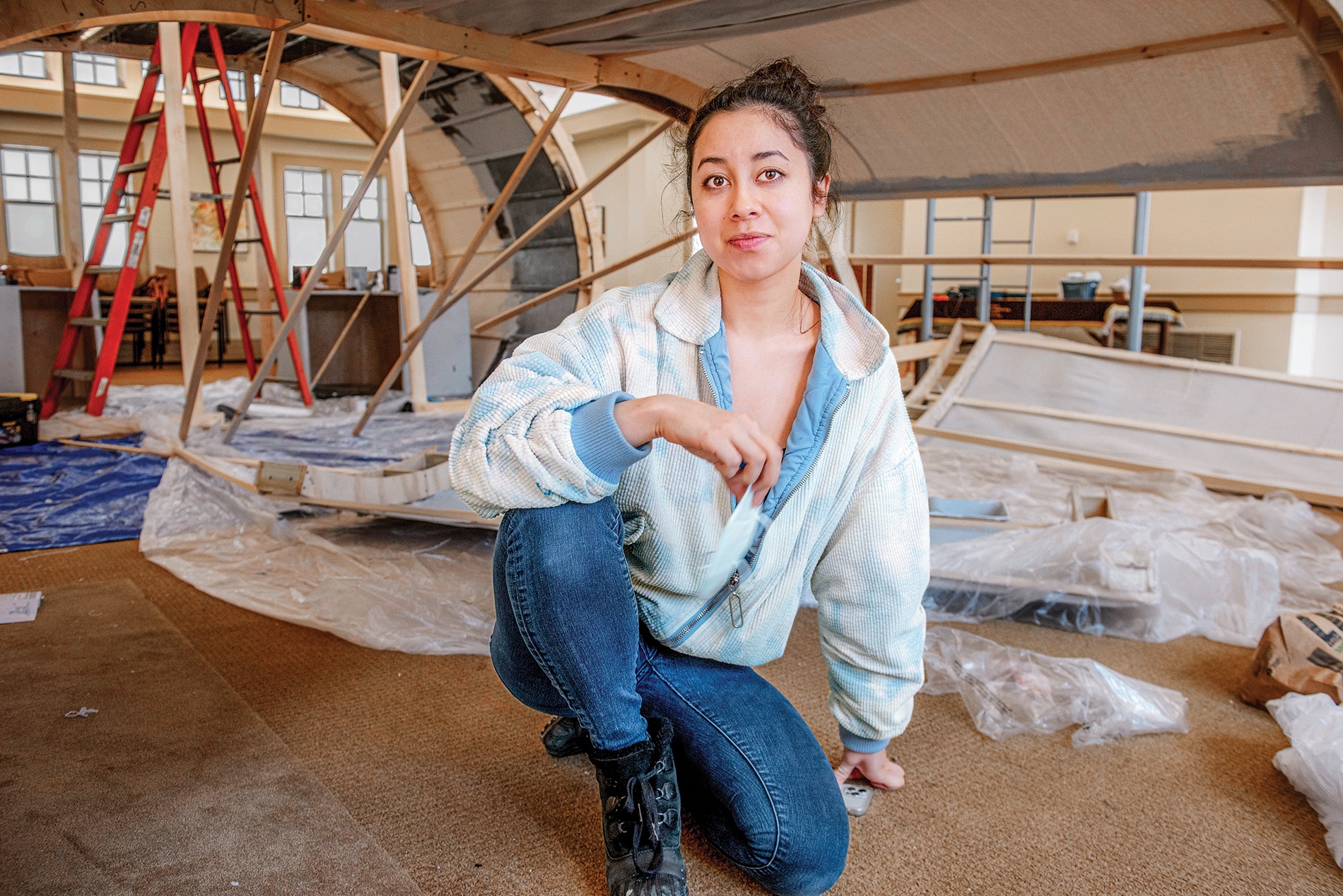 With a little help from her friends, Joëlle Dong ’21 built a movie set.Photo: David DelPoio
The Arts

Walk through the double doors at the Brown-RISD Hillel any day this past semester and you would have found the shell of a submarine, sprawling beached-whale style across the chapel floor. An homage to neither Jonah’s whale nor Noah’s arc, the 30-foot-long wooden structure is rather the set of Four Hundred Fathoms Deep, a 15-minute film written and directed by Joëlle Dong ’21 that wrapped up production in late May. Though the movie’s plot is set in Maine, the Shakespearean tale of two-star crossed lovers is almost entirely filmed inside the roughly 4,000 cubic feet of the sub, designed by Oliver Fisher ’22 and constructed over the past year and a half with the help of RISD student Sarah Harrison.

“Though institutional, the submarine was cozy,” says Dong, reciting the film’s opening line from memory. “A lot of times when I’m writing things will start with a hook, and that line just got stuck in my head.” The phrase first came to Dong, a comparative literature concentrator, during a fiction workshop freshman year when the Bay Area native became fascinated by the deep sea. “It’s so funny because if you grow up by the ocean, it becomes so familiar,” she explains. “But in reality, you only know the surface of it.” 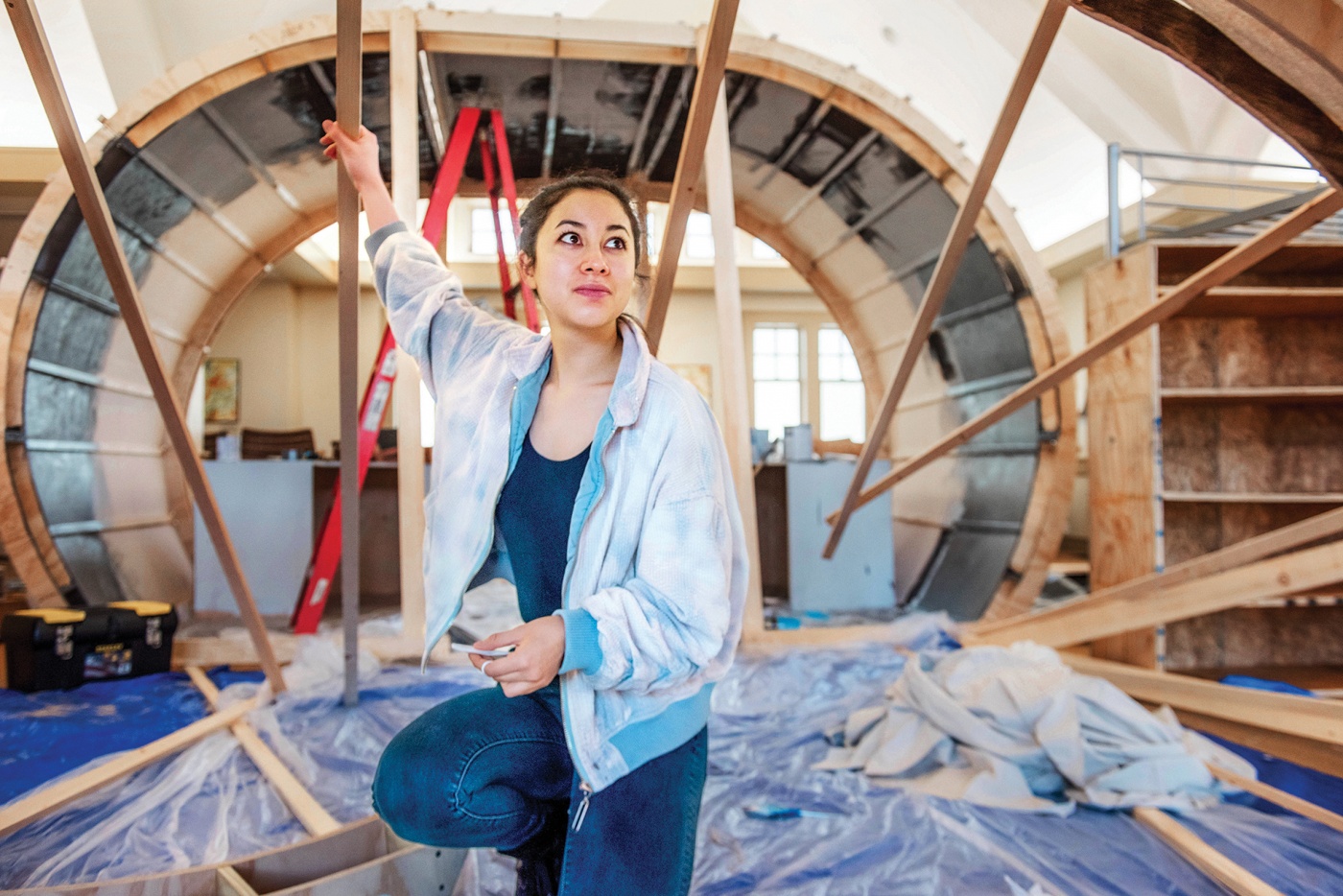 Over the next few years, the film became an effort to merge Dong’s love of the ocean with a newfound curiosity about religious orthodoxy and its relationship to political systems both during and after the Cold War, and then to blend both of those with a prevailing passion for environmental justice—a key reason for the submarine. “The magic of film—of transitioning from student to filmmaker—is that you really do create a very true world,” says Dong. “Instead of casting an adult as a child, you actually cast a child. And instead of casting a bedroom as a submarine, you actually build a submarine.”

Though a beauty to behold, Fisher admits that the sea-bottom boat was a behemoth to build. “I can tell you from experience,” he laughs, “it’s almost impossible to put an entire submarine together by yourself.” The emphasis is on the almost, however, considering that this concession comes from the same engineering student who threw a set of cabinets together in a single morning and managed to raise the entire skeleton of the submarine to its full 10-foot height with no assistance. He shrugs as Dong thanks him, then adds: “Guerilla filmmaking. That’s just how it goes.”