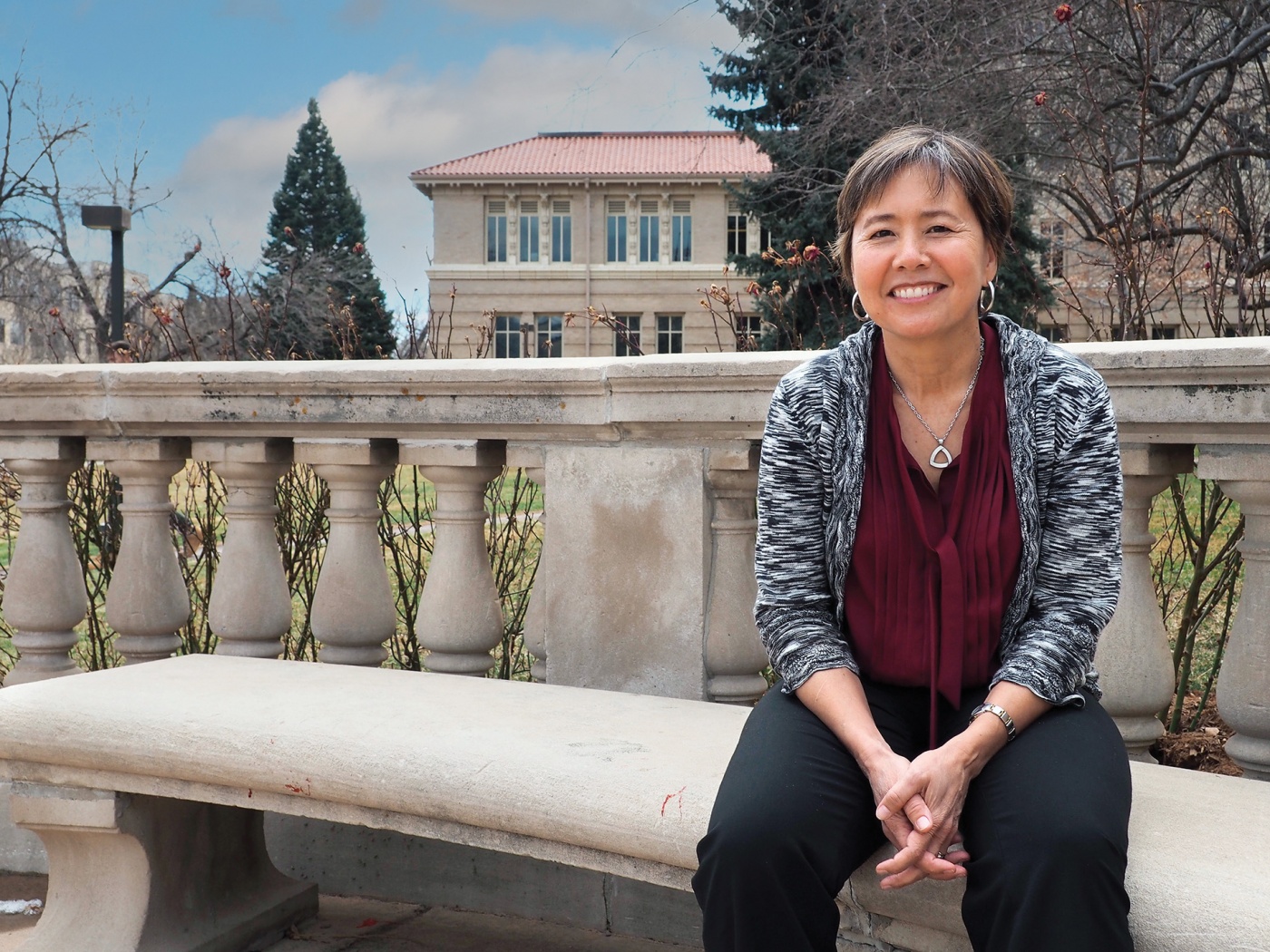 Tompkins at the Colorado School of Mines in Golden, Colo.PHOTO: ashley spurgeon/colorado school of mines

Long before taking over the agency responsible for developing the future of modern warfare, Stefanie Tompkins ’93 ScM, ’97 PhD, was an army brat from Hawaii with a passion for rocks.

“Geology is such a wonderful springboard for understanding how to look across multiple disciplines,” says Tompkins, who wrote her dissertation on lunar crust composition.

Her ability to understand and evaluate a wide range of scientific research has served Tompkins well throughout her career, culminating with her appointment in March as the director of the Defense Advanced Research Projects Agency (DARPA), a small offshoot of the Department of Defense with the goal of creating world-changing technology.

Founded in 1958 in the midst of the Cold War and freed from the bureaucratic restrictions of most government agencies, DARPA specializes in rapid, moonshot scientific research that has contributed to the creation of the Internet, GPS, self-guided bullets, and stealth aircraft, among other inventions.

A key part of the agency’s consistent innovation is the need to accept and embrace the fact that many ideas will fail, Tompkins says. (One infamous example in agency lore was an attempt to construct mechanical elephants during the Vietnam years.)

“If you worry too much about trying to make sure that every single decision is going to be perfect, you tend to fall into the trap that a lot of other organizations do, and you start to slow down,” Tompkins explains.

She previously worked at DARPA for a decade, initially as a program manager leading her own projects and honing her instinct for finding a balance between outlandish and pragmatic when assessing which projects to pursue. It also helps that Tompkins knows what it means to be a soldier—the ultimate beneficiaries of most DARPA ideas—as she led a platoon in South Korea during her years of military service from 1987 to 1991.

Ultimately, the green light is given “when you’ve achieved the crispness of the vision of what you’re trying to do for the world,” says Tompkins.

Now back at DARPA after a three-year stint at the Colorado School of Mines, she calls her new, more administrative role a form of “giving back” to help protect and nurture the work environment for the next generation of program managers, pursuing projects that often resemble science fiction. In particular, Tompkins says her focus at DARPA will be pressing for speed. And as her agency dreams up the future, Tompkins wants to ensure they don’t create a nightmare and is seeking to ensure ethical considerations become more embedded in the DARPA innovation process.

“When you’re at the forefront of technology like this, you really, really want to think about the ethical and societal implications of your technology,” she says. But there’s no such thing as an inherently evil technology, she adds—it’s about how it is used. She points out that mustard gas led to chemotherapy. The Internet, meanwhile, led to social media and all its toxic ramifications. Even the most imaginative scientists cannot predict every possibility.

“Do I sometimes sleep uneasily at night?” Tompkins asks. “I mean, this is part of what we do. It’s not easy. And it wasn’t meant to be easy.”