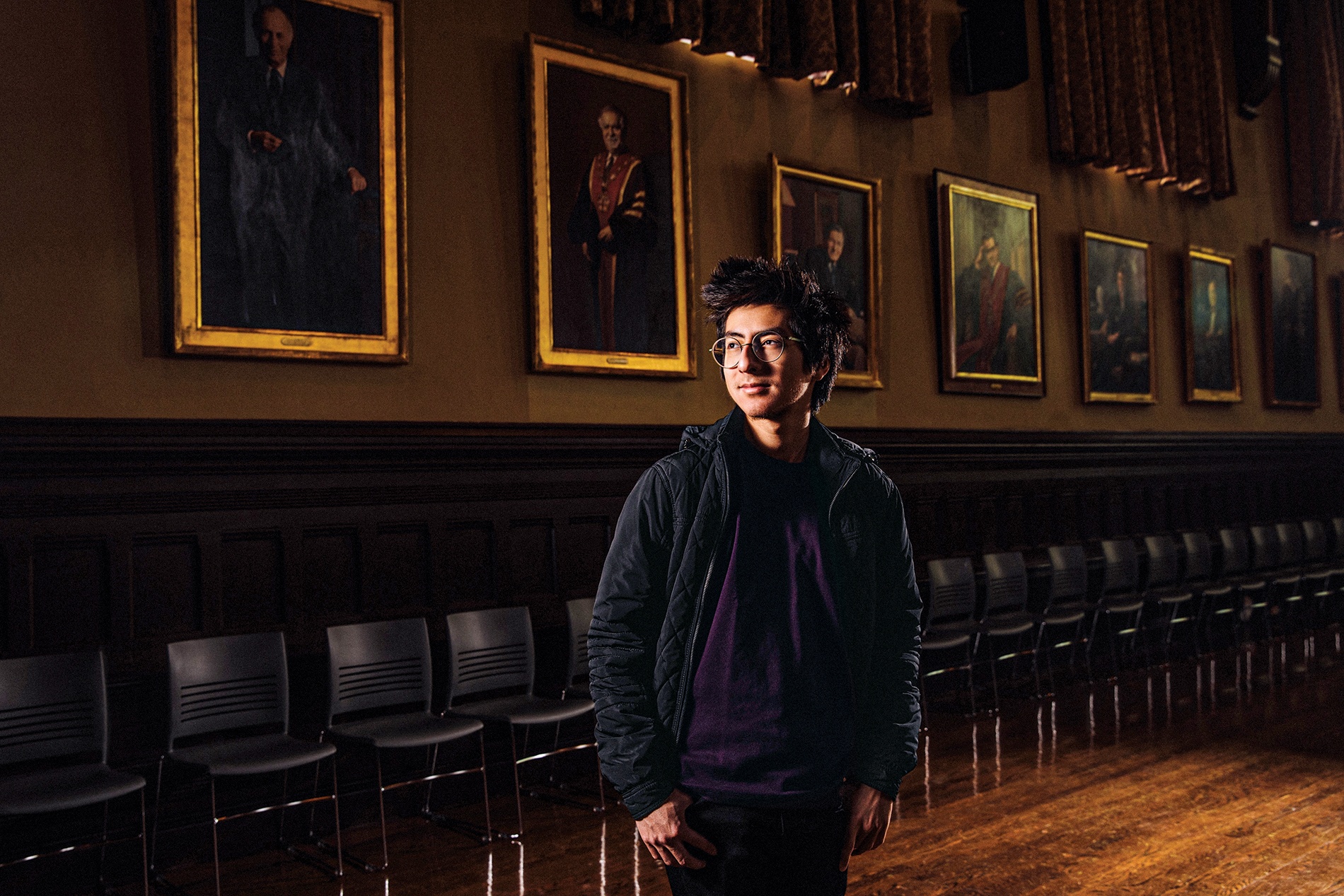 The Open Curriculum was never purely about how to learn—it was part of a larger wave of 1960s social justice activism. Yet today, at elite colleges like Brown, more students come from the top one percent, socioeconomically, than from the entire bottom 60 percent, according to Equality of Opportunity Project data. Making the University accessible to the most qualified students, not just the most qualified students who can afford to pay, has been on the agenda of student activists for decades. In 2003, the University finally instituted need-blind admissions. In 2008 it expanded financial aid. And in 2017, it announced that it would eliminate loans from financial aid packages for all undergrads. Today, some of the 764 first-gen students currently at Brown continue to lead the campaign to make the University a welcoming place for exceptional students from all socioeconomic backgrounds.

FIRST IN THE FAMILY

For Kylie Quebedeaux ’19 and Dylan Garcia ’20, just getting into college was a feat. “I was very truly doing this alone,” Quebedeaux says—her guidance counselor didn’t even know the basics about college applications. Garcia’s parents, both from Mexico, helped as much as they could, but, he says, “they were not fully aware of what was going on.”

But once they arrived at Brown, Garcia and Quebedeaux discovered new hurdles. At his San Bernardino, Cal., high school, Garcia had been one of three thousand students, most of them Latinx. So, he was surprised to be one of the few Latinx students at Brown. Most of the students at Cajon High qualified for food assistance and free meals, as Garcia had. But at Brown, classmates wore thousand-dollar parkas and already understood the concepts in intro courses. Others were messy roommates because it was their first time not having a maid.

In Quebedeaux’s first year, she was relieved not to be the brightest student in the room, for once. Then she grew self-conscious about her lack of pre-college preparation—and her lack of wealth. Her high school had offered few Advanced Placement courses. And her hometown in rural Louisiana, Arnaudville, has a median household income of $36,731; the median family income of a Brown student is $204,200. “I felt so far behind,” Quebedeaux says. 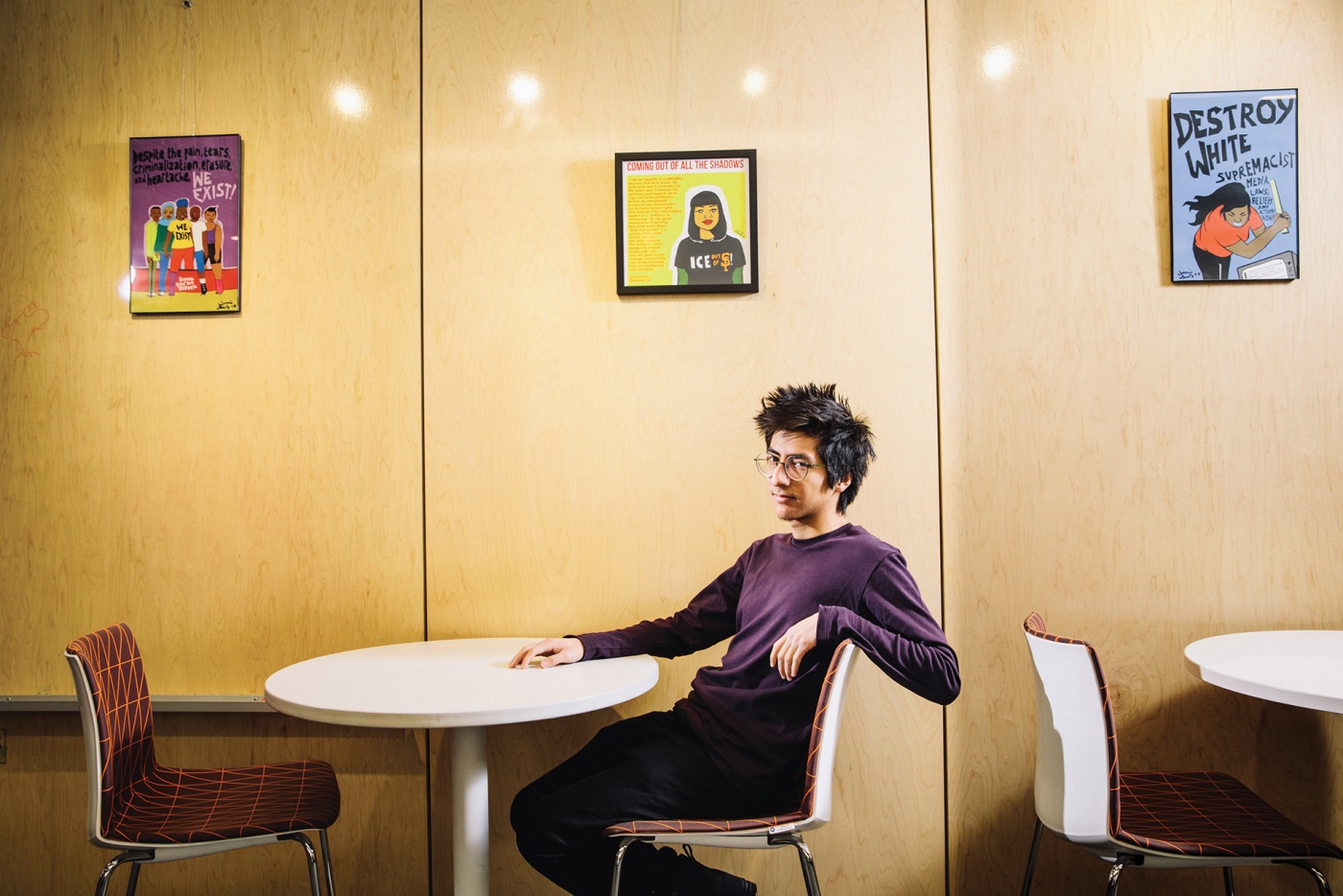 Garcia recalls hearing one friend laugh at video testimonials on the Brown Promise, which eliminated loans from financial aid. “She could not believe students had to borrow money to be here,” he says. Yet for students like him, loans are not even the most immediate financial concern—every break is a time to worry about affording a flight home or how to feed yourself if you stay. Carlos Lejnieks ’00 knows the feeling. His mother, an immigrant from Ecuador, cleaned houses and when her own house was near foreclosure, Lejnieks left high school to help. When she visited him during Parents Weekend, she slept and cooked in his dorm. Other parents took their children out to eat and stayed at nearby hotels that charge several hundred dollars a night on popular weekends. “Those moments were not lost on me,” Lejnieks says.

When the Brown Daily Herald polled first-generation students in March 2015, nearly 54 percent reported feeling inadequate about their academic ability. And in fact, many first-gen students come from schools that do not offer the level of academic rigor that private prep schools and public schools in wealthy towns provide. But the instincts for self-reliance that may have gotten them into Brown can become a tendency not to ask for help or expect attention, as students from more privileged backgrounds are used to doing. “I was so used to doing things on my own because there was never anyone to ask,” Quebedeaux says. Garcia had the same instincts: “I was not used to going to office hours, and I wish I did so sooner,” he says. But, when he did go, it was difficult to engage the teaching assistants in the large introductory courses. “I remember one friend of mine being laughed at,” he says. “They thought her question was too basic.” Before choosing Computer Science, Garcia switched concentrations twice and still wonders what academic support may have kept him in engineering.

Julio Reyes ’12 was hired to help students like Garcia, as Program Director for the Undocumented, First-Generation College, and Low-Income Student Center. But when he first walked into the U-FLi center on the 5th Floor of the SciLi, he found the floor piled with what appeared to be garbage: crumpled caps and gowns, old school supplies, even used make-up. They were donations from well-meaning community members.

For Reyes, the incredible strength of first-gen students appeared to be getting lost. On top of handling their coursework, many first-gen students work to support themselves and family back home. They have skills that more privileged students may not develop until years after graduation. Yet their remarkable accomplishments and competencies are often lost in a narrative dominated by what they lack. So in addition to building an advising program, Reyes is also working to help them articulate how their life experiences enrich the wider community.  “People assume that just because a student is undocumented or poor, they do not have any social capital,” Reyes says. “We cannot ensure they thrive here unless we recognize their strengths.”

The Open Curriculum is meant to foster intellectual freedom, but a post on the Facebook page “Brown University Class Confessions” cuts to how class affects that: “I have to pull my family out of poverty,” it reads, “but I fear I’m going to fail.” It may feel unclear how a class in religious studies or English lit might help achieve that daunting goal. Reyes started out pre-med. “I was doing what my family would understand,” he says. “I didn’t know there were other possibilities for me.”

“We are bringing first-generation students into a structure that is inherently unequal,” says Dania Matos ’03, now the Chief Equity and Justice Officer at UC Merced. After looking hard at student opportunities—unpaid internships, expensive study-abroad programs—it’s reasonable to ask, who can really make those choices?

The strength and perseverance that come from confronting such challenges is likely why first-gen students continue to lead the way in pushing Brown closer to achieving its vision. The principles of the Open Curriculum offer a radical opening for any student to question the norms of their university. At the U-FLi Center, Reyes has noticed more first-generation students looking to pursue academic and professional paths in public policy and political activism.

Lejnieks, now a regional CEO for Big Brothers, Big Sisters and President-elect of the Brown Alumni Association, will soon chair the  University’s Committee on Diversity and Inclusion. “First-generation students are the leaders who will make this world better,” he says. “They have an abundance to unleash.”

Reader Responses to How Open is “Open”?